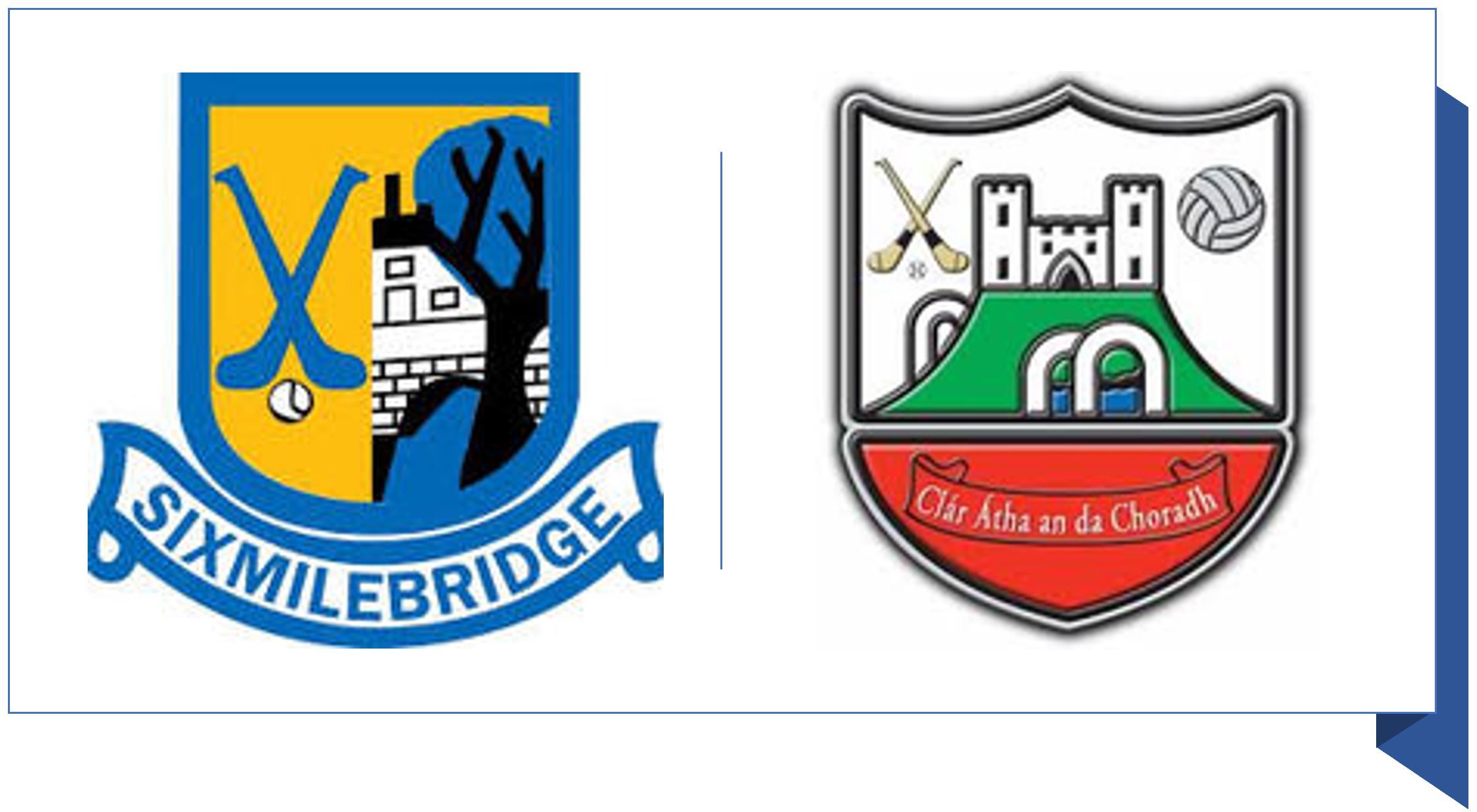 "The Bridge Boys & the Magpies and the bus from Knockalough

And an air conditioned tractor bringing hundreds from the Rocks." Listen here

The above lyrics are part of the Famous Banner Roar song released back in 1995 which lasted 4 years at number 1 in the Sixmilebridge/Kilmurry Radio charts ... The famous line includes 2 great club rivals over the years who contributed massively to Clares glory days. Yesterday the Bridge U10 & U11 boys welcomed the Clarecastle Magpies to O'Garney park for the final round of the Clare Go Games series for 2021. Fittingly there were players from that era manning the sidelines in Sparrow O'Loughlin and Eric Flynn for the Magpies and Martin Conlon, Paul Fitzpatrick and Alan Mulready from the Bridge.

Despite the disappointment of Saturdays losses for our Juniors and Seniors, being part for our of any underage group in the Bridge would always pick you up - seeing close on 50 boys decked out in club colours at 9am for their warmup chomping at the bit to take on the Magpies. We played 1 U11 game and 1 U10 game 25 minutes a half while another group of players played an internal game to get warmed up for their battle. At half time we swapped in a new group of players ensuring every boy got equal game time.

A big thanks to Michael Duffy of Clare GAA for organising this years Go Games which saw every club playing games every 2 weeks since May to October.

Yesterday saw a large number of our boys play their last game in Clare at U11 and they now graduate from the Bridge Bucks Academy after 7 years with flying colors to join the U12/13 squads for 2022. To mark the milestone our U10s and U11s are heading away on a team holiday/all star trip this weekend - Keep an eye out for the report on this trip next weekend. It promises to be epic :-)

Due to circumstances beyond our control our chairman and ...

Throwback Thursday - Then and Now for our U13s

There are some last-minute places left on our Sports Fris...

O'Garney Park is no stranger to hosting Munster Club acti...