Under-9s complete their season in style 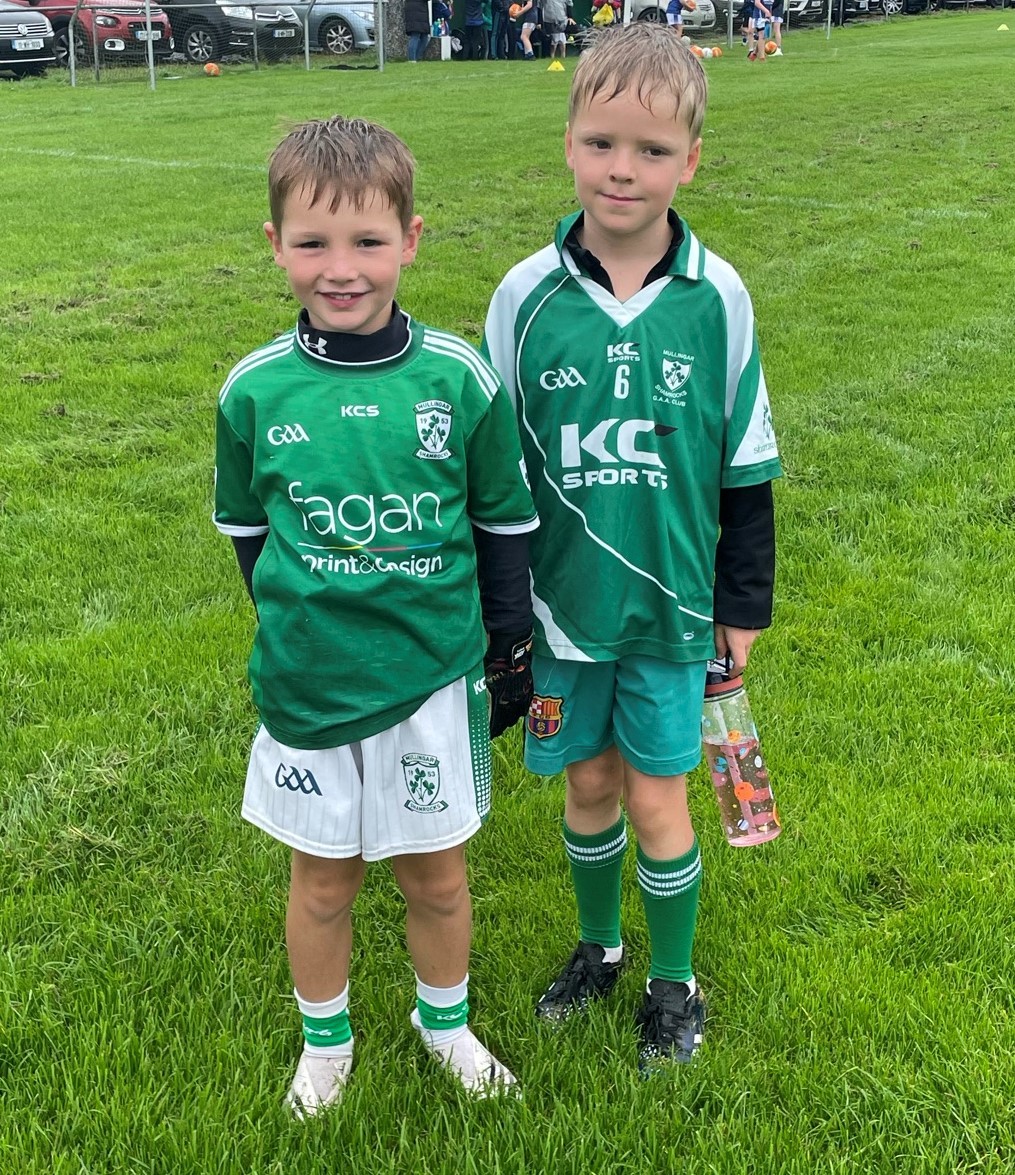 Our under 9s finished their season on Saturday. It was another great season for this large group, with its fair share of ups… and the occasional down. A lot of miles were put on the clock travelling the M4, M6, N52 and a variety of lesser routes playing blitzes which we thought would never end around the county. They were always fun and, yes, every game was a draw! Even those matches on that cold wet morning in Milltownpass… We were also delighted after the strange Covid times to welcome many great clubs to Springfield for enjoyable home blitzes.

For some of the boys who have been with us since they first toddled into ‘the cage’ aged 3 and 4 next season will be a big one as they are moving up into the big league: the world of double digits. For the younger lads in the group, it was a great year for them playing alongside the older ones, and in the final few weeks, the Under 7s joined in to get a taste of what is to come next year, and also to show our older lads a trick or two. Richie Clinton has them well drilled!

This season had everything, and it was lovely to see the lads develop even further. At this age, you need to keep things moving quickly to keep the wavering attention spans under control, but these lads never wavered. Skills were progressed and the physical and tactical side was worked on well. Team play was very inclusive with ages mixed throughout the year and the lads showed a willingness to learn and achieve, something that bodes well for the future of Mullingar Shamrocks.

The season ended with a day of craic on the back pitch in Springfield, and we believe a Go Fund Me page is being set up to replace the melted carpet in Garret Doyle’s car. The hot chocolate which the lads enjoyed after a cold session was well worth the carpet damage! Prizes, including a football for each child were given out. We hope these balls will be worn out over the Christmas break and we’re sure mums and dads won’t mind the odd broken window.

As ever, huge thanks must go to all the players, aged between 7 and 9 who made the Saturdays and Wednesdays such fun. And the parents to for bringing them along. We hope you’ll all continue to practise over the winter. Even small skills honed in the yard or garden can make a big difference when you get back on the pitch in the Spring.

A major word of thanks though must go to Pat Collins for all his work behind the scenes and on the pitch as our U9s season progressed. It’s a big undertaking co-ordinating a group of 40+ young lads and it simply couldn’t be done without Pat’s cool head and his help week in week out.

Our coaches for the Under-9 season this year were Garret Doyle, Liam O’Reilly, Jean Baeyens, Aidan O’Donoghue, Greg Gavin, Ultan Smith, Ronan Casey, Matthew Ledwith, Brian MacGuire and we were blessed the odd Saturday to welcome back Micheál Burke, Vinnie Timoney and Finian Nally. Some of these move on, and some great talented coaches from the Under-7 set up will move up. As ever, any parent who would like to offer their services next year, you will welcomed with open arms, and Barry Kelly will even give you a bib.

Inclusion for children from all walks of life is a big part of our underage set up. Being truly inclusive is living our GAA motto, ‘Where we all Belong’. Once again Shamrocks supported the cultural integration and social inclusion of young people from across Mullingar’s diverse population, and we were proud that our U9s this year was an inclusive place of fun, skills and laughter. There was plenty of time to learn the FUNdamentals of the game, and plenty of time for coming together on and off the pitch, developing lifelong friendships and a great sense of club camaraderie.

We are on Iarmhí TV on Sunday night …

We Are on Iarmhí TV on Sunday night …Ignore those other...

Get Your Custom Fitted Mouthguard-Gumshield at the James ...

Get Your Custom Fitted Mouthguard-Gumshield at the Jame...