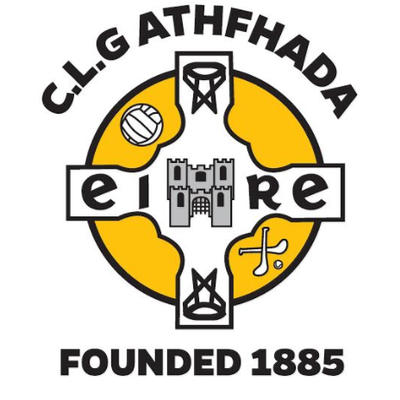 A short few notes on the last few fixtures of 2021 tonight.

As we approach the Christmas season, unbelievably we are still in action on the playing fields. Certainly not a bad complaint to have! Our junior footballers play Carrigtwohill in the junior football league final tomorrow Friday at 8pm in Carrigtwohill. These lads have put in some great performances this year, none more so than their epic come back against Castlemartyr last week down in Rostellan. Down eleven points at half time, the game looked over, but our lads showing true Aghada spirit never threw the towel in. With Aghada reduced to fourteen players and the clock in the red, Aghada launched one final attack and needed a goal. Ben Stafford lumped a ball into the square which broke to Seán Óg O’Keeffe. Seán Óg showed great composure to weave past a few Castlemartyr defenders and feed the ball to Charlie Terry. It was like poetry in motion, with Charlie calmly slotting the ball into the bottom corner of the Castlemartyr net which led to wild celebrations on the pitch. The game was still not over however, with Castlemartyr having one final go at levelling the game but the lads stopped up this final attack and the final whistle sounded to the sound of jubilation from all those in green and white in attendance. Best of luck to Kane Looney (Team Captain), Derick (Team Manager), his selectors and players as they go in search of a trophy to sign off 2021 on a winning note.

You would be forgiven for thinking that the junior league final is the last big game of the year for the club but the minor ladies footballers play Glanmire in the County A Football Final this coming Saturday at 2pm in CIT. These girls have been representing Aghada with pride all year in the top grade of ladies football in Cork so go along and support the team if you can. Best of luck to Cecelia McInnes (Team Captain), Eric Smith (Team Manager) and all involved.

Minor Ladies County A Final Vs Glanmire in CIT at 2pm on Saturday.

That’s it for tonight. Get out to roar on the two teams in action this weekend. Hopefully there will be a few bits of silverware heading to Rostellan on Friday and Saturday.

Our brand new club coffee shop is on its way. Massive wo...

A Chara,I hope you all are well and are enjoying the gr...

Aghada GAA NewsHi folks hope you had a lovely and enjoy...

A Chara,I hope everyone is well after the Easter weekend ...