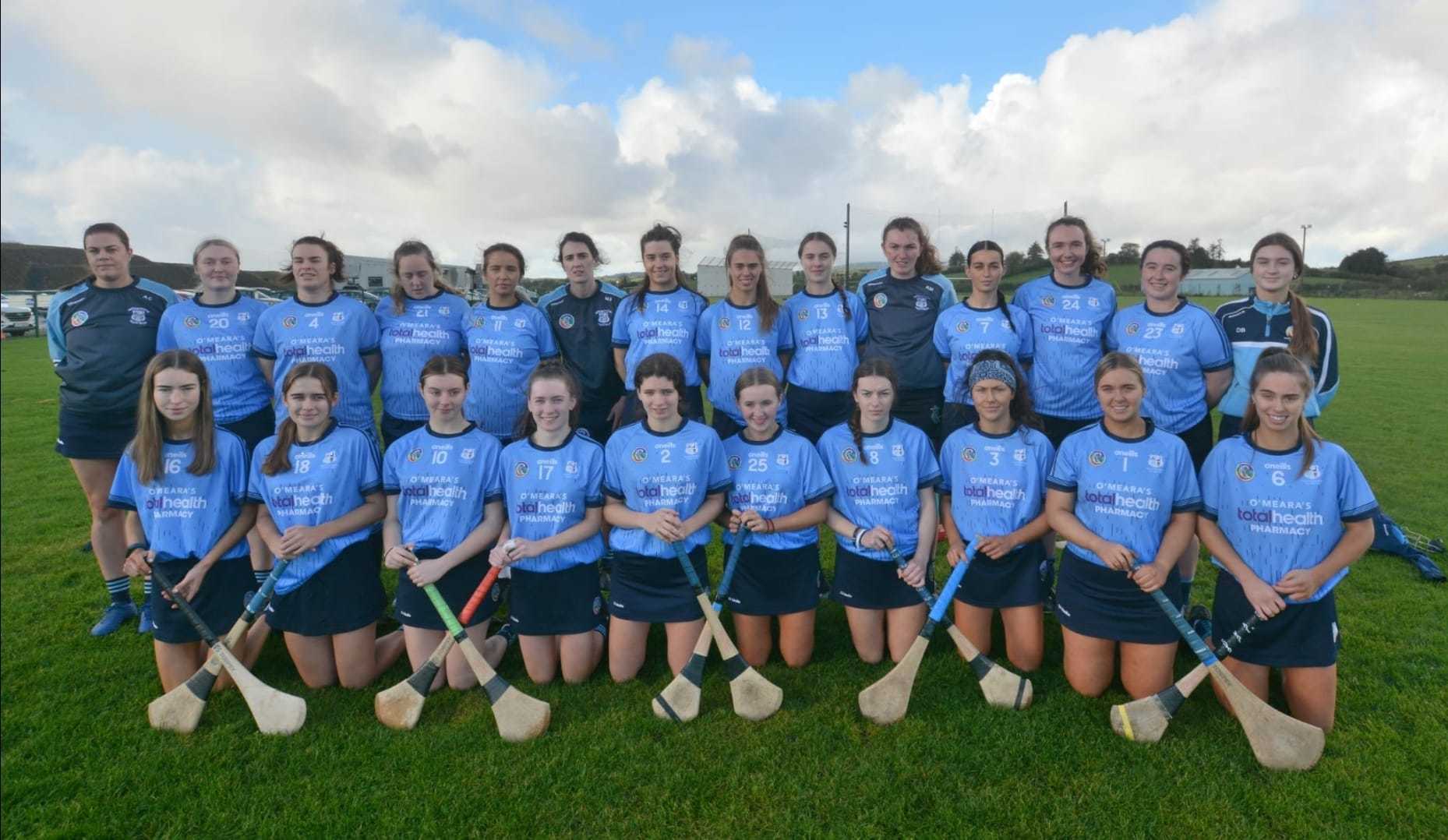 SCARIFF/OGONNELLOE have been crowned Munster senior camogie champions for the second time in their history following a dramatic final few moments.

Joint captain Mairead Scanlan stepped up in the dying moments to fire a bullet to the roof of the Drom and Inch net swaying the game when it looked like victory had eluded them.

Drom & Inch had a chance to equalise in the final puck of the game but Eimear McGrath unerring up until that point lost her footing from a placed ball to see the free tail to the left of Rachel Daly’s goal.

Low scoring throughout, it was the battle of the freetakers. Eimear McGrath got Drom & Inch out of the traps before Aisling Corbett replied on the treble. Aoife and Eimear McGrath pulled scores back for the Tipperary side to leave it all square at the first water break.

Goal chances on Scariff/Ogonnelloe’s behalf were not converted, Alva Rodgers came close to raising a green flag on two occasions but Caoimhe Burke pulled off vital saves on each instance, one that was deflected over the crossbar. This effort was cancelled out by another McGrath free to keep the sides tied 0-04 apiece at half time.

Points from Corbett and Scanlan kept David Sullivan’s charges one point ahead with McGrath also converting from a free leaving a single score between them entering into the final quarter.

Victory looked to have been secured when Alva Rodgers and Aisling Corbett extended the gap to three points, Rodgers managing to force an excellent turnover before calmly splitting the posts.

Then the drama was heightened in Mallow. A dropping free from Eimear McGrath was batted into the air with Miriam Campion getting her hurley to the sliotar and tapping it into the bottom corner of Daly’s net.

The Tipperary side followed this with points from Joanne Ryan and McGrath to grab a 1-07 0-08 lead.

At this stage, Drom & Inch appeared to be on course for back to back titles but Mairead Scanlan had other ideas. She took a free which entered the danger area, Susan Vaughan offloaded to Lorraine Grady but the lively substitute had her shot blocked, it broke to captain Scanlan who fantastically finished to the back of the net to ensure provincial glory for Scariff/Ogonnelloe for the second time since 2019.

Any amendments or updates can be notified to clarecamogie...