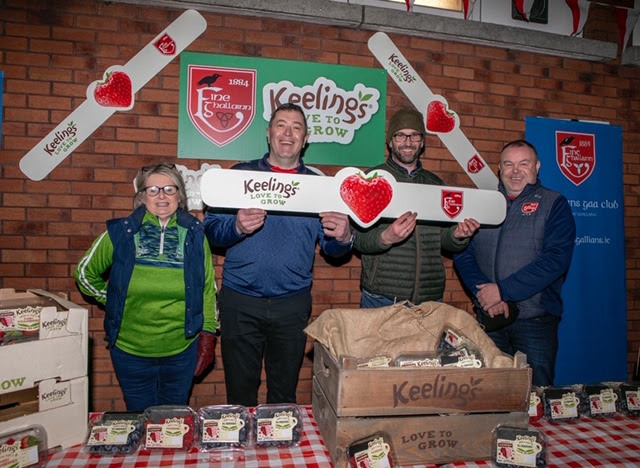 With this our first Notes of the New Year, we would like to wish all our members, players and Sponsors a happy and healthy 2022. It looks like things are off to a great start Covid wise so let's hope it continues that way.  We are all looking forward to getting back to playing and supporting our games and returning to full venues at last.

Last week we were delighted to welcome David Keeling to the club to launch our new partnership with Keelings Fruit.  As two well known organisations in Swords we will be coming together to drive a new initiative to highlight the importance of nutrition on the physical and mental wellbeing of all our club members their families and friends.

We envisage this partnership will enable us to continue to grow and promote a healthy lifestyle across the local community through the participation in our Gaelic Games and other social activities. In addition, we are hoping this partnership will also help to improve nutritional and health wellbeing with various new ventures on the horizon through our Health & Wellbeing section. 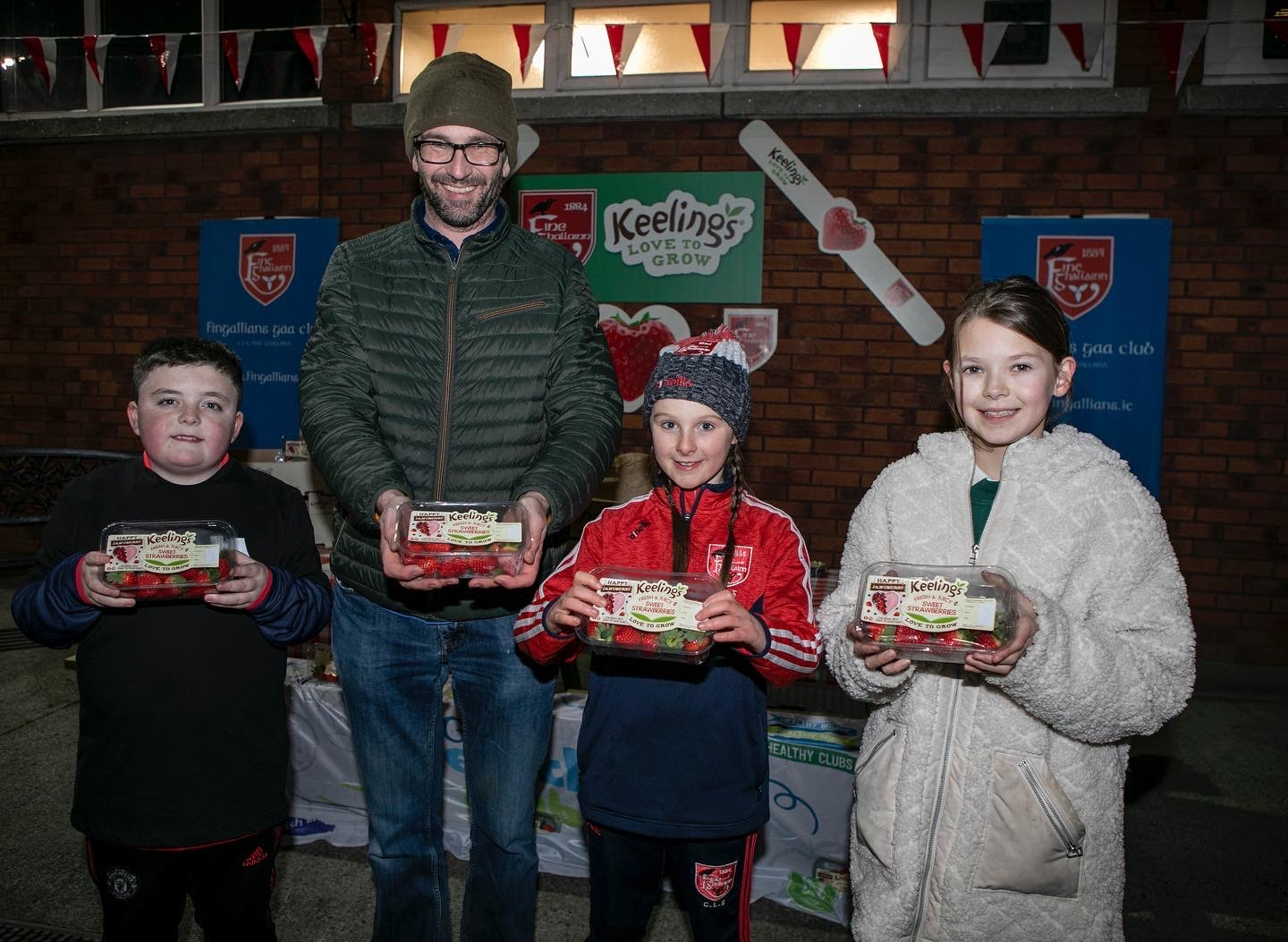 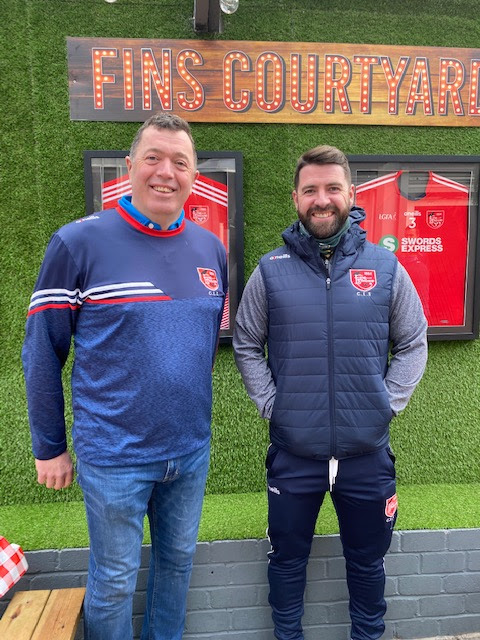 We are delighted to welcome our new GPO, Naoise Waldron to the club.  Naoise has played with Cuala for many years but we won't hold that against him! He has plenty of previous coaching experience which will be a great help to all our coaches across the club. He will be starting in our schools this week.

We also want to thank Paul Jones for all his great work and wish him the very best of luck in his new role as GPO in Donabate. 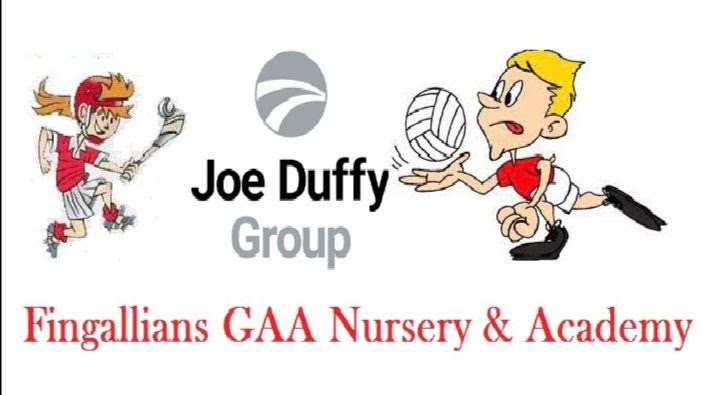 Our Nursery & Academy are back up and running, so make sure you pass the message on. 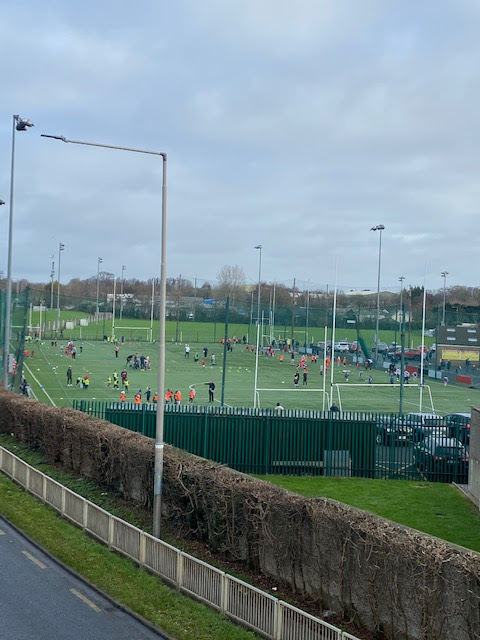 Our 2022 club membership is now open. You can renew now and you can also sign up for the first time.  We encourage everyone to become a member. Follow the link to see the options including non-playing adult and social member options

Fingallians Ladies Football
We’re delighted to see so many ladies at our first training sessions of 2022. Great to welcome back all the familiar faces and to welcome some new faces also! If you are interested in playing football competitively, to get fit, make new friends or just play for fun there is a team here for you!   With 4 adult football teams we cater for all ages and abilities. If you are interested please email fingallians.dublin@lgfa.ie or contact us through social media.

Peter Daly, from the Intermediate Hurling Team recently brought the Intermediate Championship Cup down to the U/12 training session.  The boys clearly enjoyed the evening.  Peter is now also a coach with the 2010 boys team.  Many thanks Peter. 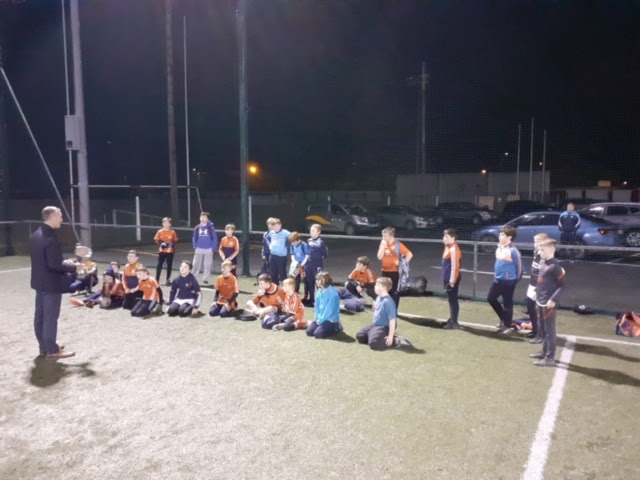 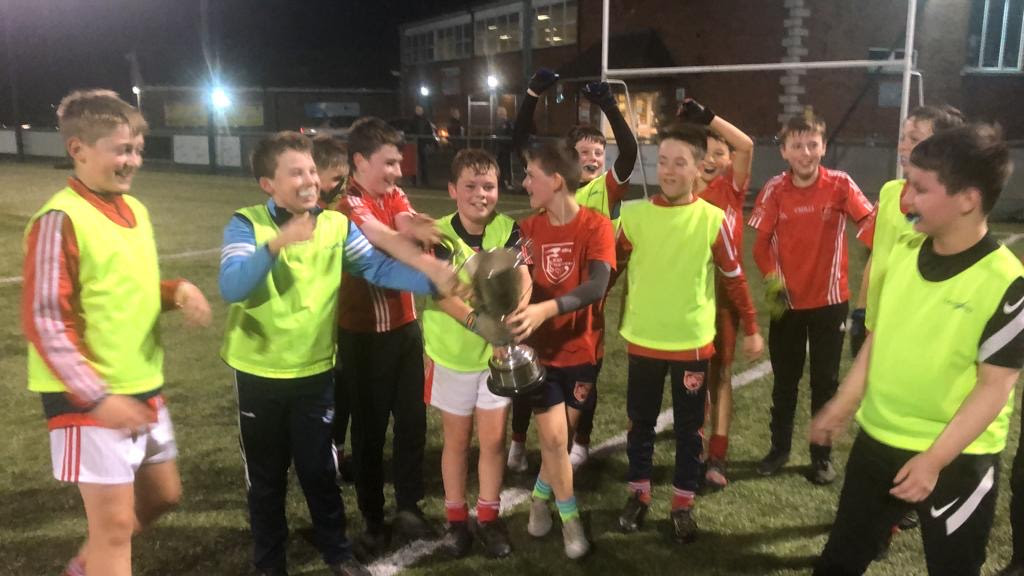 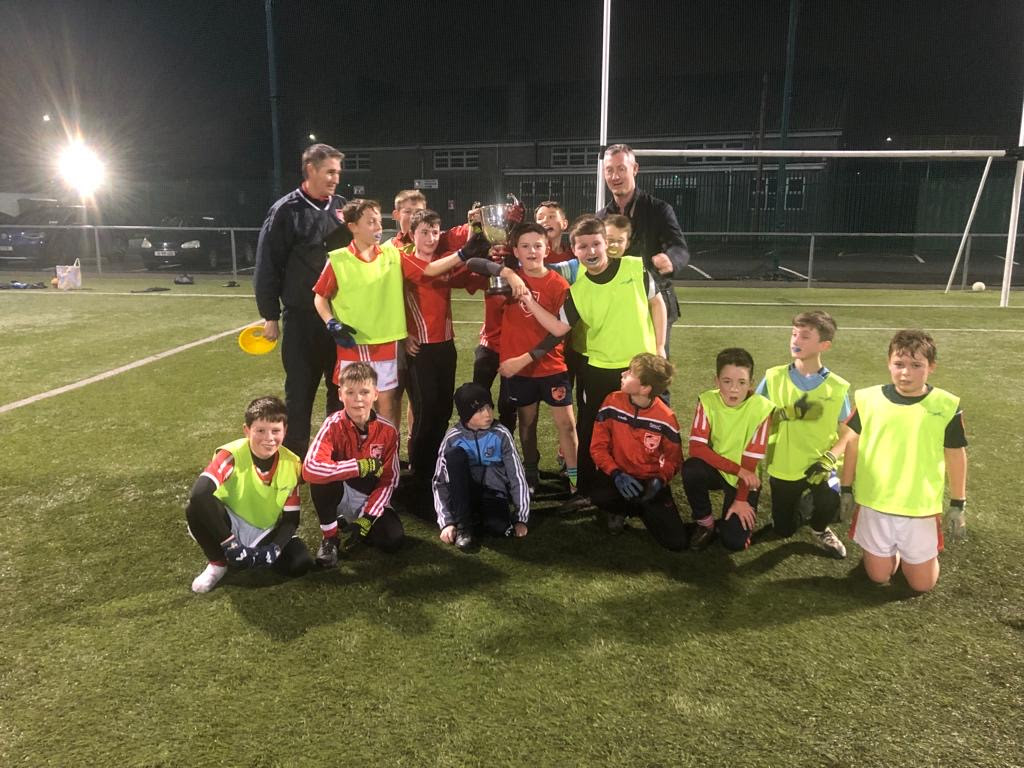 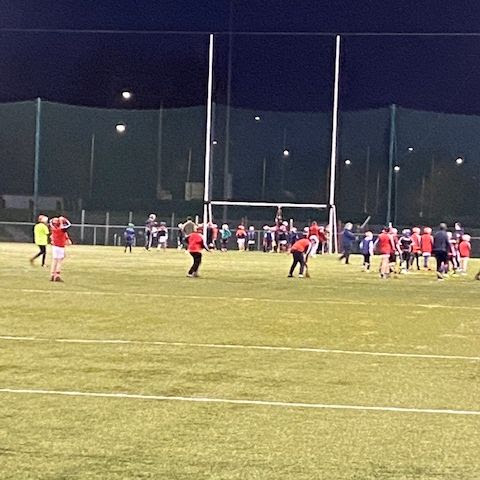 Please spread the word to neighbours and friends and encourage them to give GAA a go.  If they contact us on fingallians@gmail.com we can put them in touch with the relevant mentors or they can contact them directly using list above.

National Club Draw 2022
Thanks again to everyone for supporting the draw in 2021 which was crucial for the club at such a difficult time. The National Draw is our major Fundraiser in the year and so important for the ongoing development and maintenance of our facilities. We have recently launched the draw again in the club for 2022 and really need your support to keep our development going. Tickets remain at €10. The mentors of every Juvenile and Adult team now have tickets available. It would be great if every parent or player could support by buying these tickets from their team. The prizes are fantastic. 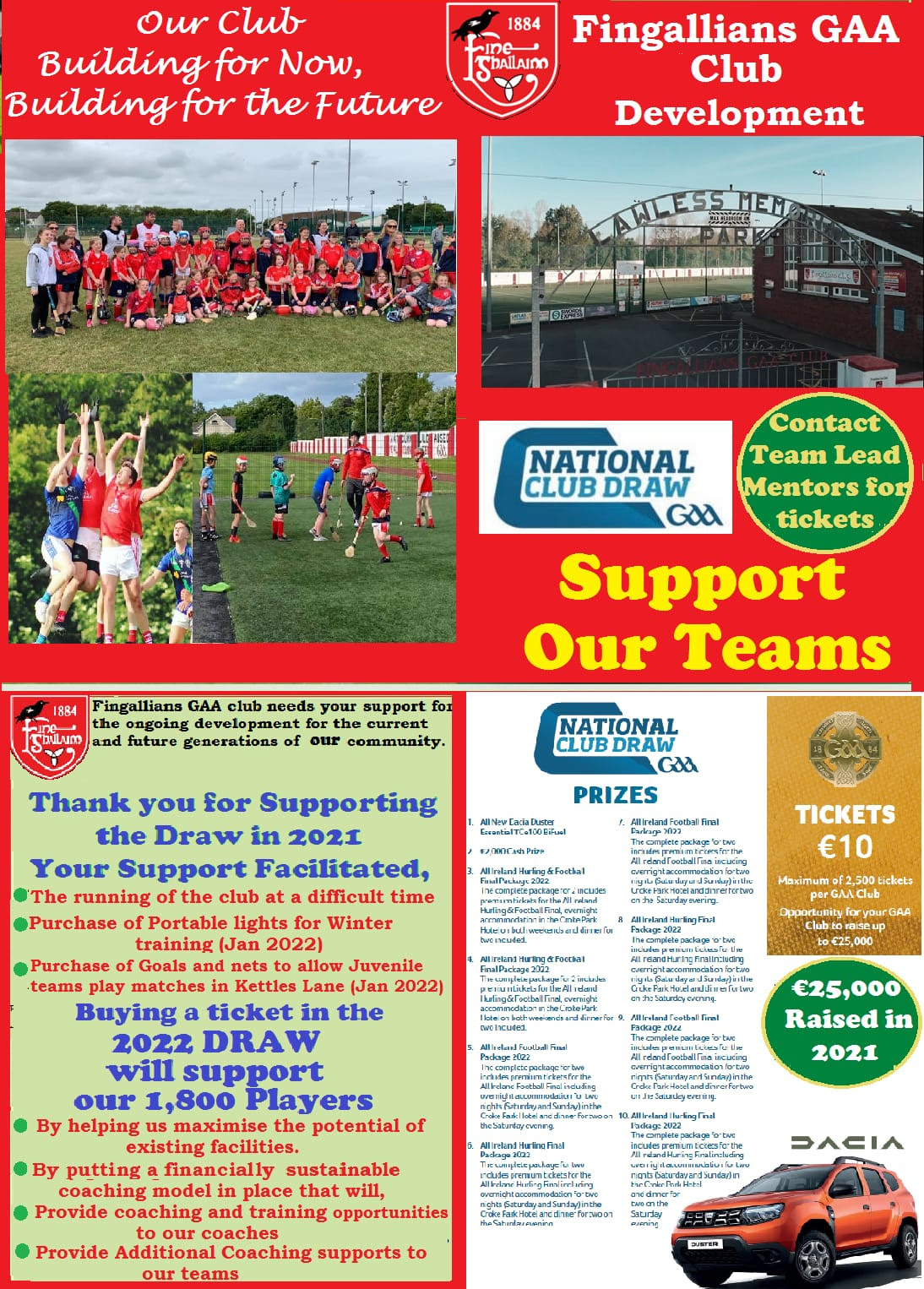 Some of our Senior players training under the new club portable lights in Balheary, which were recently purchased with National Draw funds from the 2021 draw. 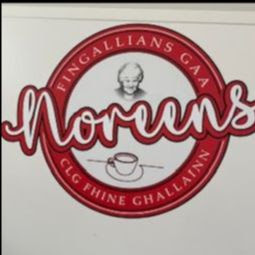 Open every Saturday & Sunday mornings from 10am 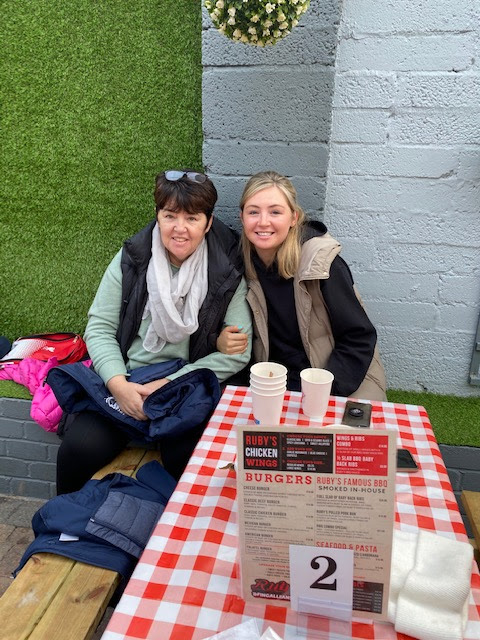 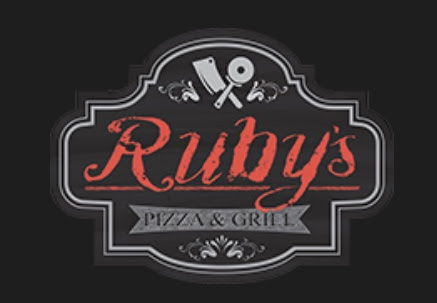 The Senior Ladies are running a Last Man Standing competition for the Allianz National Football League starting on 29th January.

Players will need to pick a team each week on the klubfunder site before the deadline! 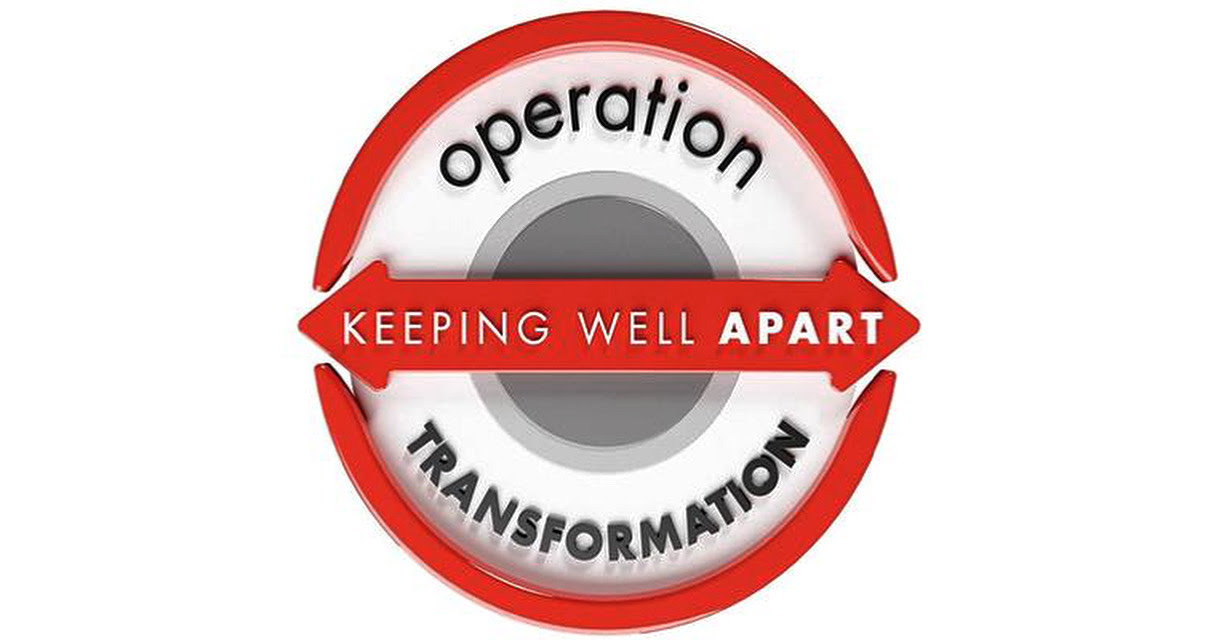 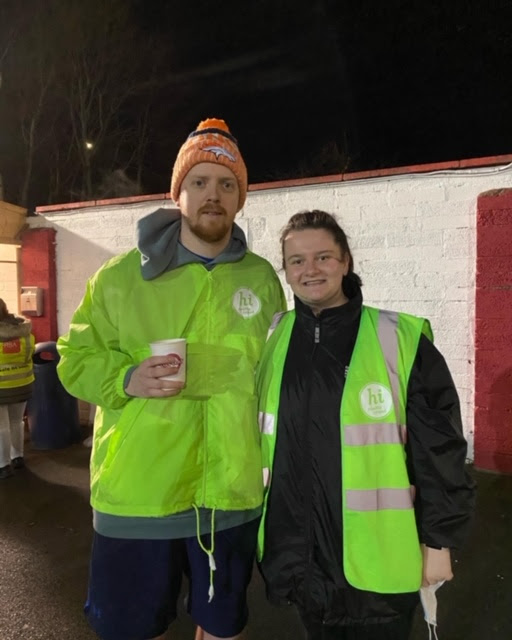 This year we are delighted to have Katie Jones from RTE's Operation Transformation joining us on our 5km walks.  We have had over 80 walkers join Katie and its never too late to start.  It takes place every Monday and Wednesday, leaving Fins @ 6.30.  Keep up the great work Katie you are a real inspiration to us all.

If you are unable to join us on the 5km walks with Fins but walk during the week we are asking people to download the MyLife app.  The app calculates km walked by the Club and if we reach 4,000km we are entered into a draw. 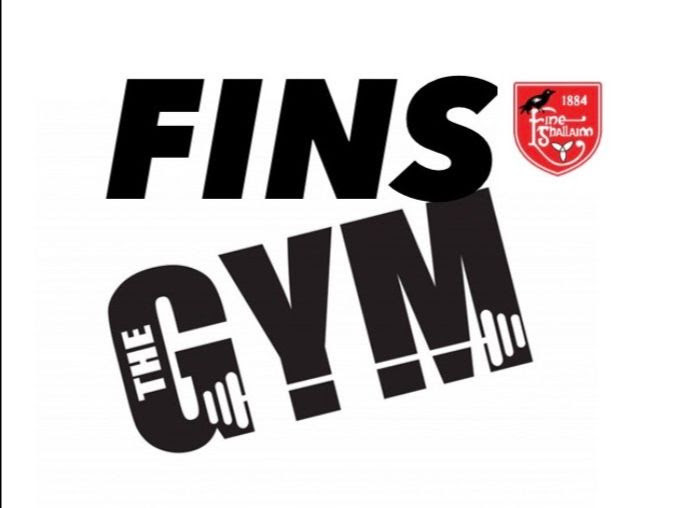 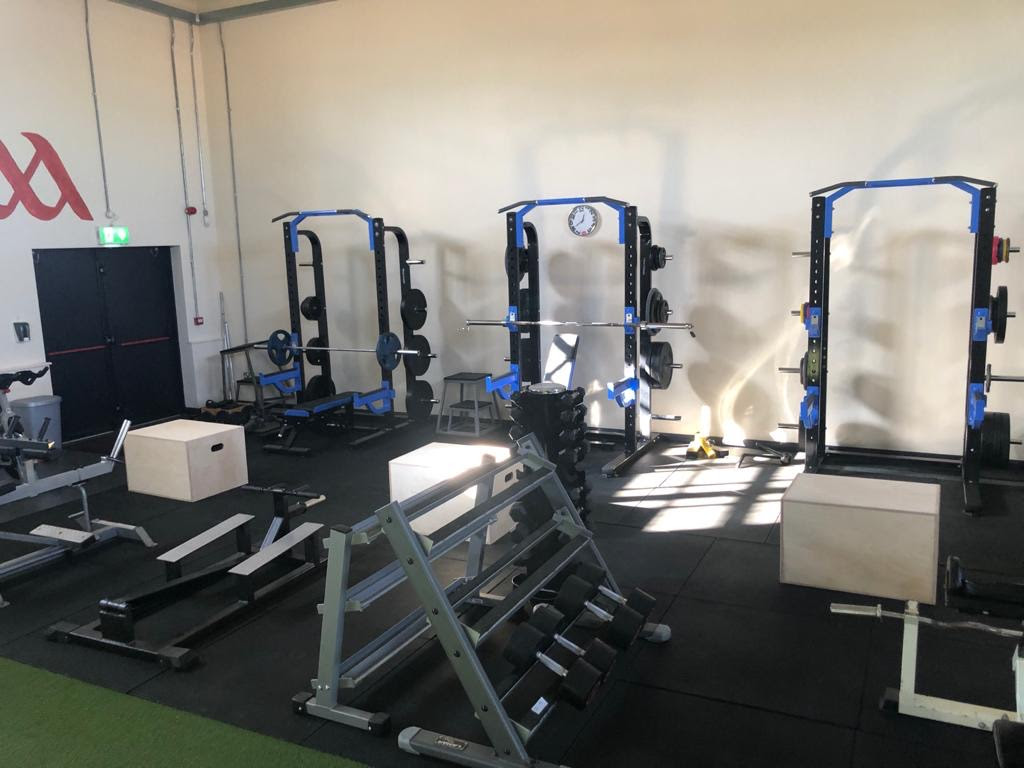 If you are a member of Fins and have not yet joined the Gym now is the time.  €100 for the year or €10 a month.
Contact Fingalliansgym@gmail.com 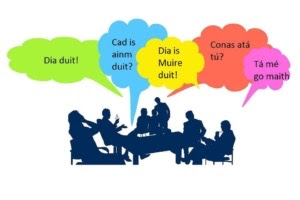 Grúpa Comhrá
Our Grúpa Comhrá (Irish conversation group) meets every Wednesday at 9pm. Currently we are meeting online. This is a great free service provided by Fingallians for anyone that would like to improve/practice their Irish and is suitable for all levels. Bain triail as / Try it out. Contact Liam-086 3814422.

Cultúr Club
This, one of the club's latest initiatives, will commence in March. Our Cultúr Club will be arranging bi-lingual visits to some of Ireland's premier heritage sites. Cultúr Club will be open to club members and friends and will only cost the heritage site's admission charge. Already on the wish list are Páirc an Chrócaigh, Glasnevin Cemetery, Dublin Castle, Kilmainham Gaol, Hill of Tara and National Museum. Tuilleadh sonraí le teacht / Further info to follow. If you have suggestions or are interested in Cultúr Club contact Liam-086 3814422. 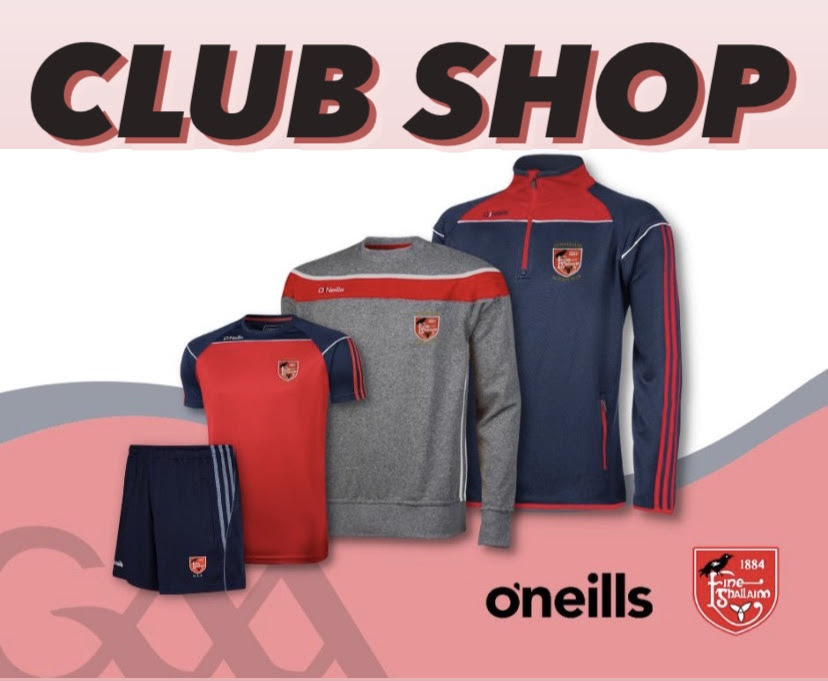 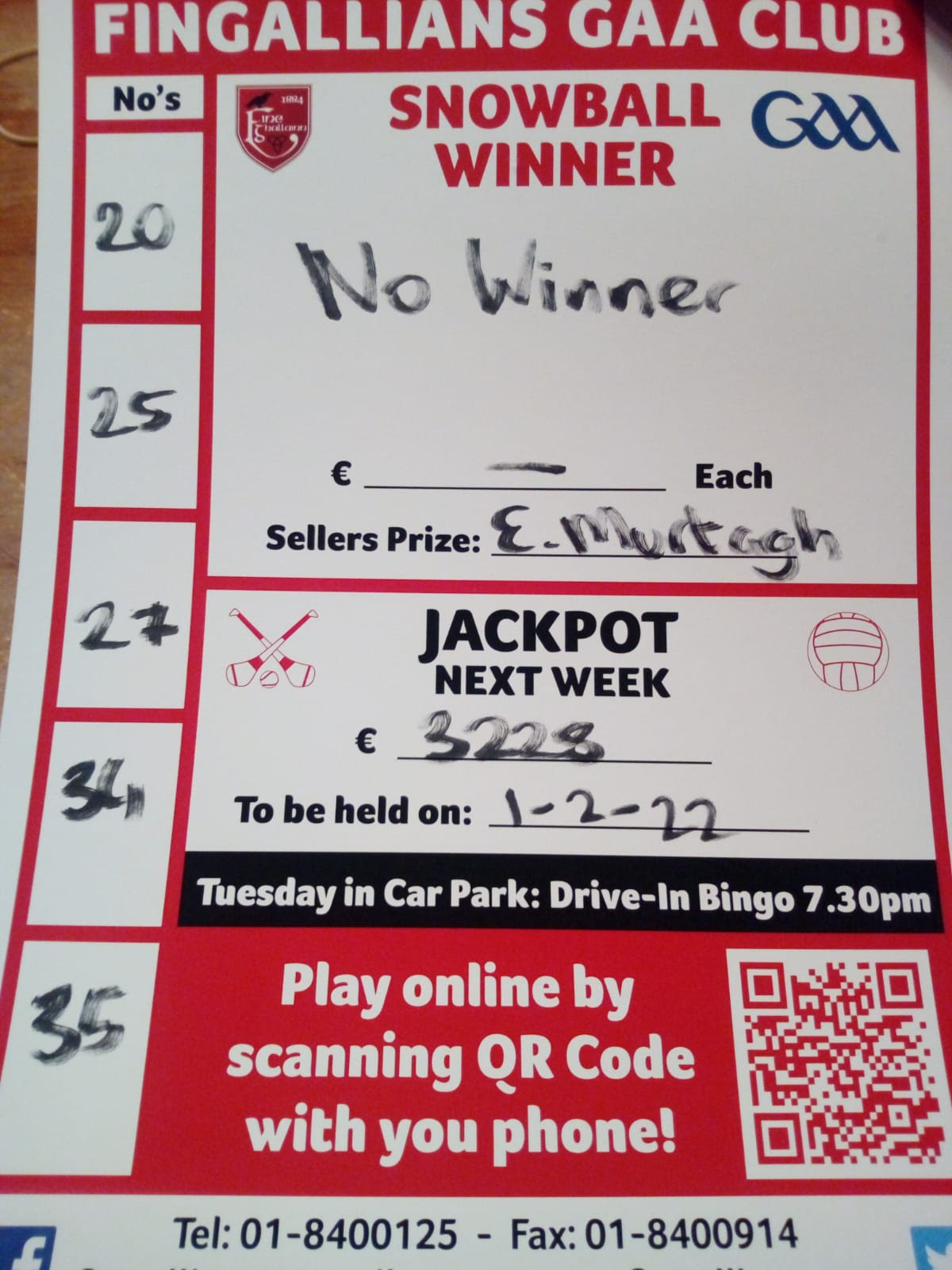 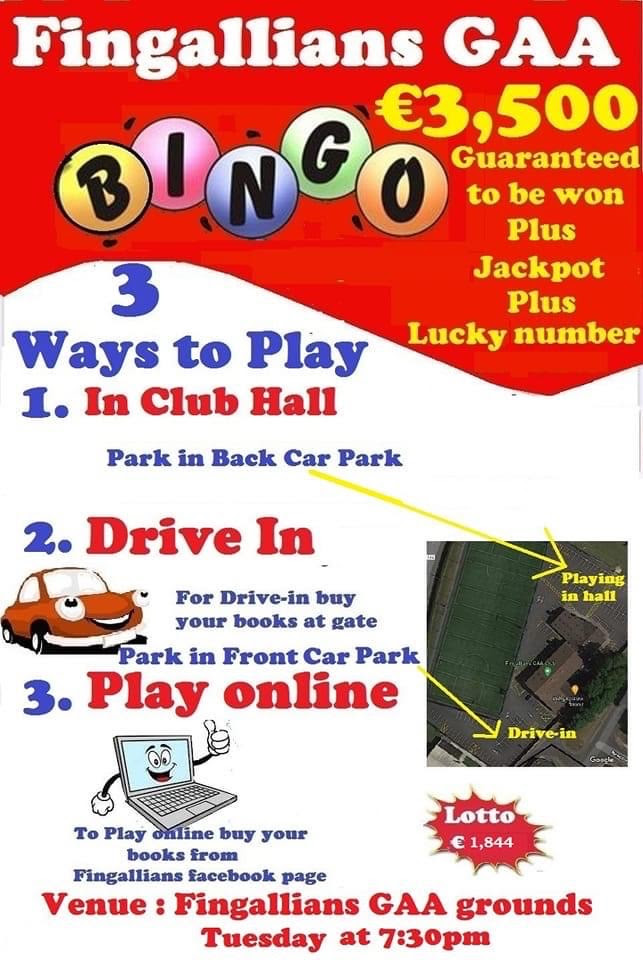 To play bingo at the Drive-in at Fingallians car park, buy your books at the gate. Books bought here must be played in the car park.

To play bingo on-line at home, you can buy your books at: 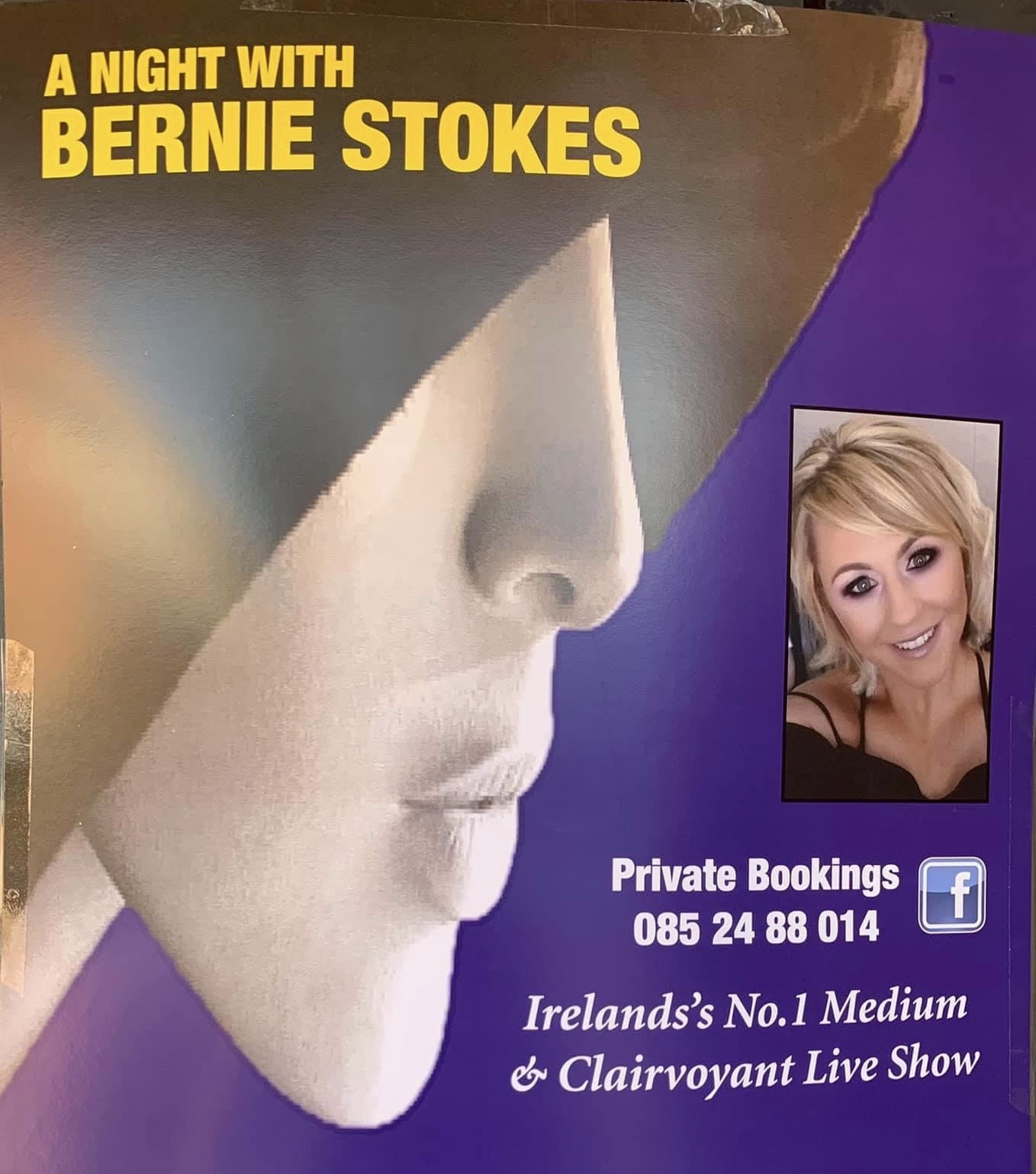 Beirne Stokes Medium & Clairvoyant will be holding a Live Show in Fingallians on Thursday 10th February.  Tickets are on sale now from the club, €10 each. 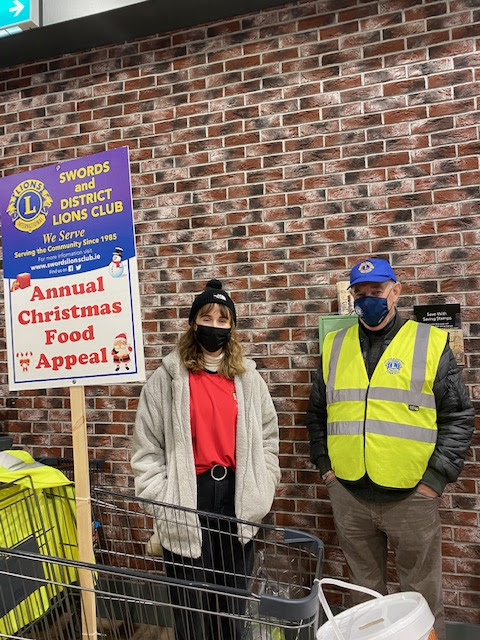 The Swords and District Lions Club would like to thank all in Fingallians who helped out in their Christmas Food Appeal.  There was 47 food trolleys collected for St Vincent de Paul and over €4,000 collected in donations. 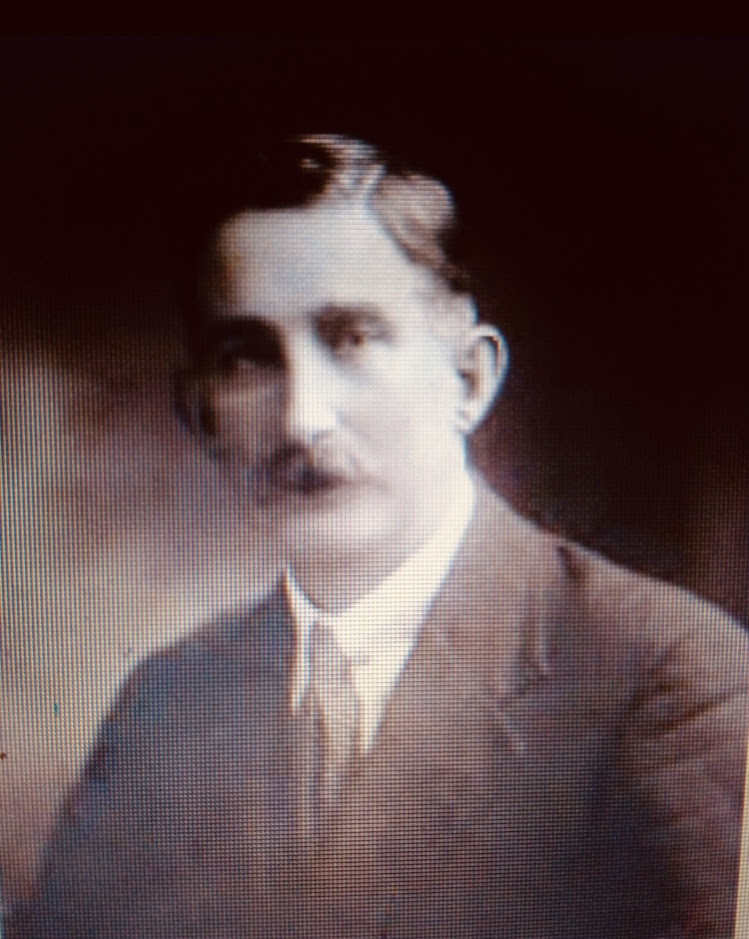 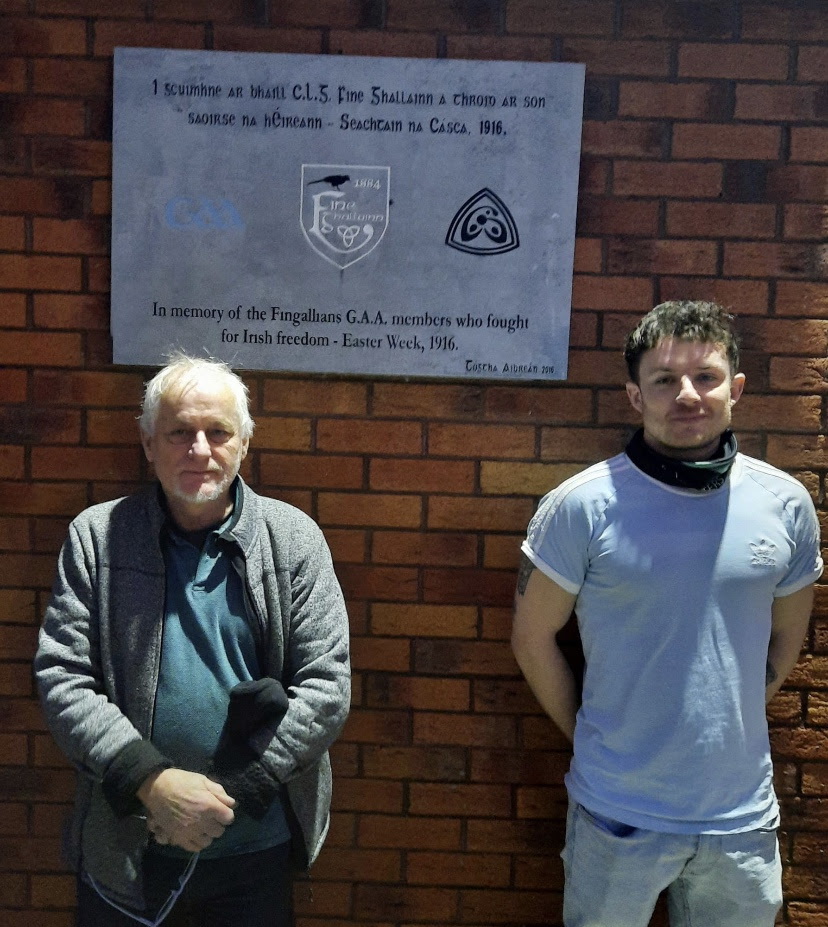 It was great to see a grandson and great grandson of one of the club's founding members pay a visit to the club last weekend. Malachi Lawless returned with his grandson Sean to have a look around and check out some of the old photographs which featured Frank Lawless from the early 1900s. Frank was one of our club founding members and he was an Irish revolutionary and politician who served as a Sinn Fein TD for Dublin North from 1919 to 1922. He was a farmer at Saucerstown, Swords Co Dublin and a member of a widely connected North County Dublin family identified with the National movement. He was involved with the club team alongside other members of his family from the early years of 1900' and can be seen in pictures from 1910 and 1913 on the wall in the club's pool room and the Lawless family name will be forever associated with the club and are remembered by the archway into the clubhouse at the main gate.

A brief note on who Frank Lawless was:
Frank Lawless took part in the 1916 Easter Rising, being second in command  under Thomas Ashe in the Battle at Ashbourne Co Meath.
As a result, he was condemned to death, but the sentence was commuted to ten years' penal servitude. He was imprisoned at Lewes with other notable republicans of that time  He was released in the general amnesty of 1917. But was again arrested in connection with the German Plot and was confined in Usk Prison. He was paroled to permit him to take part in the 1918 election, was present at the declaration at Balbriggan but returned to Usk prison on the same day.  After his release from Usk he was interned in Ballykinlar Camp. Like the other Sinn Féin members, Lawless did not take his seat at Westminster but took part in the revolutionary First Dáil . He was re-elected to the Second Dáil, 1921–22 for the new Dublin county constituency. He was one of the majority of 64–57 who voted in favour of ratification of the Anglo- Irish Treaty in the critical debate of 7 January 1922.

He died three months later at the age of 51 from injuries received when the pony and trap in which he was riding turned over. He was buried with full military honours at Killossery Cemetery Rolestown. He was married with six sons and five daughters. Some of Franks sons Colm and Barney played for the club during  the 1930s and another notably relative was  Peter  who played senior during the late 1990's- early 2000s and also played for Dublin during Tommy Lyons management era.

One of his sons  Feilim which is  Malachi's dad  became one of the founder members of Fingal Ravens in the early 1920's before emigrating to Canada in 1929 but returned a few years later due to the great depression of the 20's in the US, where he married a Rolestown lady called Clare Griffin. Malachi lives out near Bray these days but was delighted to be able to show his grandson where his ancestors came from and their part in forming our great club. They were delighted and privileged to have their picture taken in front of the commemorative plaque dedicated to all  club members who fought for Irish freedom during Easter week 1916 . 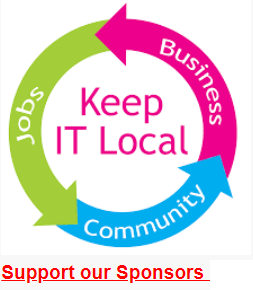 If you have any photos that you think might be of interest to Fingallians please get in touch
pro.fingallians.dublin@gaa.ie
Dave:  dmacsitric@gmail.com

As a Coach and Mentor, you are required by law to have c...

€2,050 Fingallians GAA Lotto jackpot This evening. Only a...

Close-off to play the Lotto  is 7pm today Tuesday. The J...