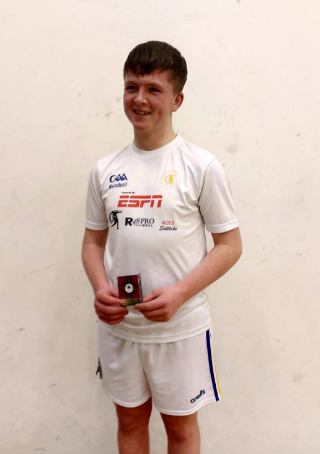 The following management teams were also confirmed for 2022:

College’s Hurling commenced last week. On Wednesday 19th, Darragh Flannery was a member of the NUI Galway panel that defeated UCD by 1-21 to 1-18. On the same evening, Fergal Hayes was full back for Carlow IT in their 1-21 to 2-16 win over Waterford IT. On Thursday 20th, Billy Seymour lined out at full forward (scoring six points) for TUS Midwest (formally Limerick IT) whilst Ronan Ducie was a member of the panel when they were defeated by UL. On Thursday, Conor Byrne was midfield for MIC Thurles who were defeated by MTU Kerry Campus by 1-14 to 2-15 in the first round of the Ryan Cup.

The second round of games takes place this week. On Wednesday 26th, Conor Byrne’s MIC Thurles face Ulster University at 7pm in Whitehall Colmcille’s GAA grounds in Dublin whilst Darragh Flannery’s NUIG face Mary Immaculate College Limerick at 7.45 pm in Dangan, Galway. On the same evening, Carlow IT are at home to Maynooth at 7pm whilst on Thursday 27th, TUS Midwest face TU Dublin at 2pm in Limerick.

Well done to Kiladangan player Ryan Gillick (representing Lahorna Handball Club) who had a fantastic win in the North Tipp 40 by 20 Under 17 Handball Final last night in Ballinahinch. He now goes forward to play in the County Championship in the coming weeks.

The “Every Step Counts” challenge is back where clubs walk/run a collective 4,000km (that's roughly the distance around Ireland!) between January 19th to February 23rd. Clubs that reach this target will be entered into a prize draw in each province there are 3x O'Neills vouchers up for grabs - €2,500, €1,500 & €1,000. There has been a great uptake in the parish with a large number competing. Anyone can register for this so appreciate if you can support and forward the link below to anyone you think may be interested in taking part. To take part - simply register with Kiladangan GAA & Camogie via the My Life app https://mylife.irishlife.ie/home Download the MyLife by Irish Life app on your phone and register - go to 'My Challenges' and join. Scroll down to Kiladangan GAA & Camogie under the Munster section.

County Hurling LeagueThe fifth and final round of the Cou...