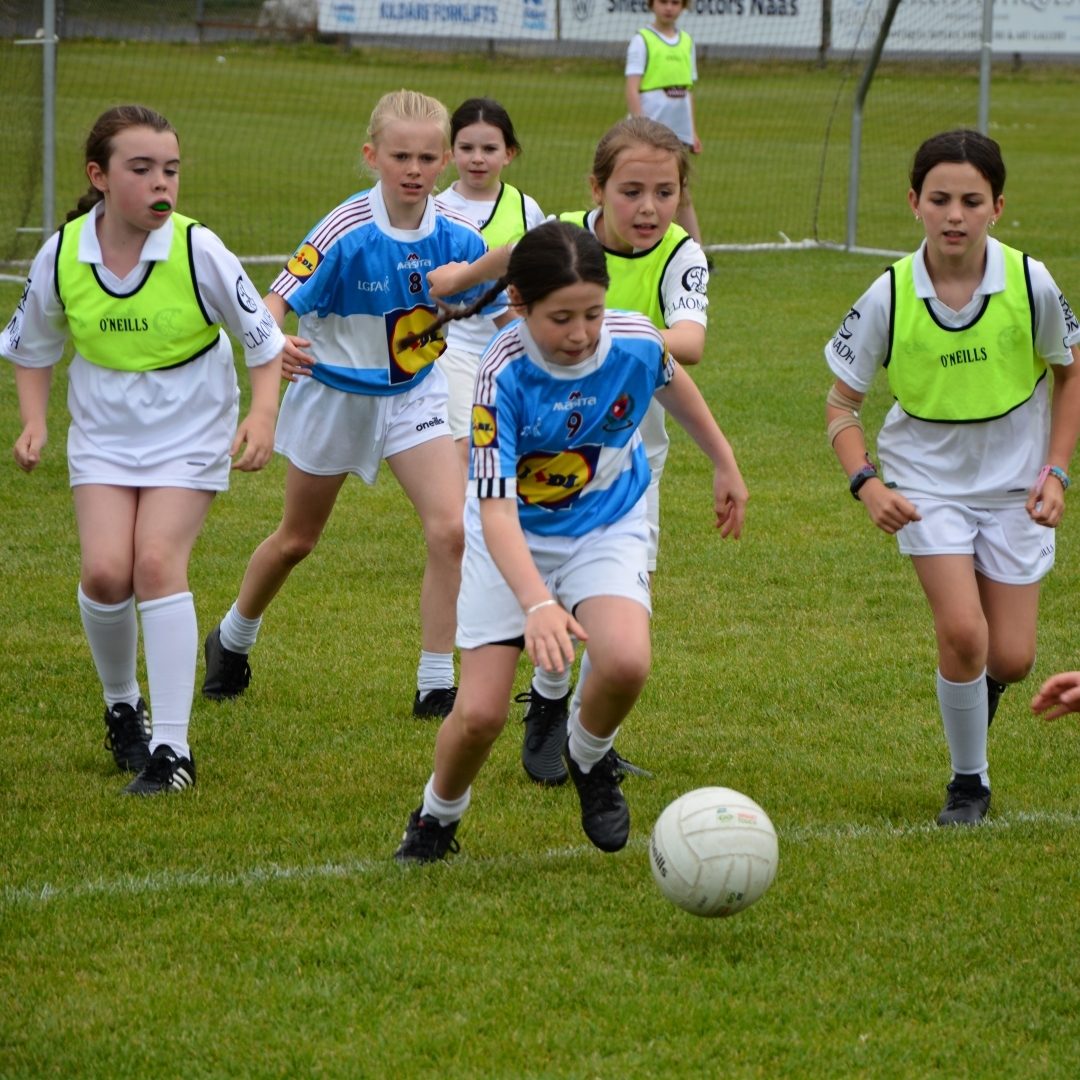 Download our mobile app to hear more about Clane GAA.

It was an idea conceived in January as the girls were starting back at training after Christmas. “We should have a blitz involving the u-8 and u-9 girls”, to get ready for the spring go-games season. As it turned out the first go-games matches arrived very quickly, so blitz plans had to be pushed. The u-10 girls’ team also came on board to give great scope to the competition.

So after weeks of planning, the Clane LGFA Mini All-Ireland was played at Conneff Park on Saturday 18th June. Over 60 girls came ready to play and they were split into 6 teams each allocated to a county roughly based on the home county of the coaches. This meant we had Donegal, Tipperary, Mayo, Leitrim, Carlow and of course Kildare (who were coached by a Dublin man, in an act of selflessness). So all provinces were represented and the action continued for two hours. Each team played 3 games and many of these were close matches with a keen competitive edge amongst the teammates turned opponents. We saw some great skills on display and the mix of ages led to some impressive mentoring between the older girls and the younger ones, with no small amount of fun to be had for all involved. It was great to see so many girls enjoying themselves on a fine if not sunny afternoon; indeed it was perfect for flowing football. 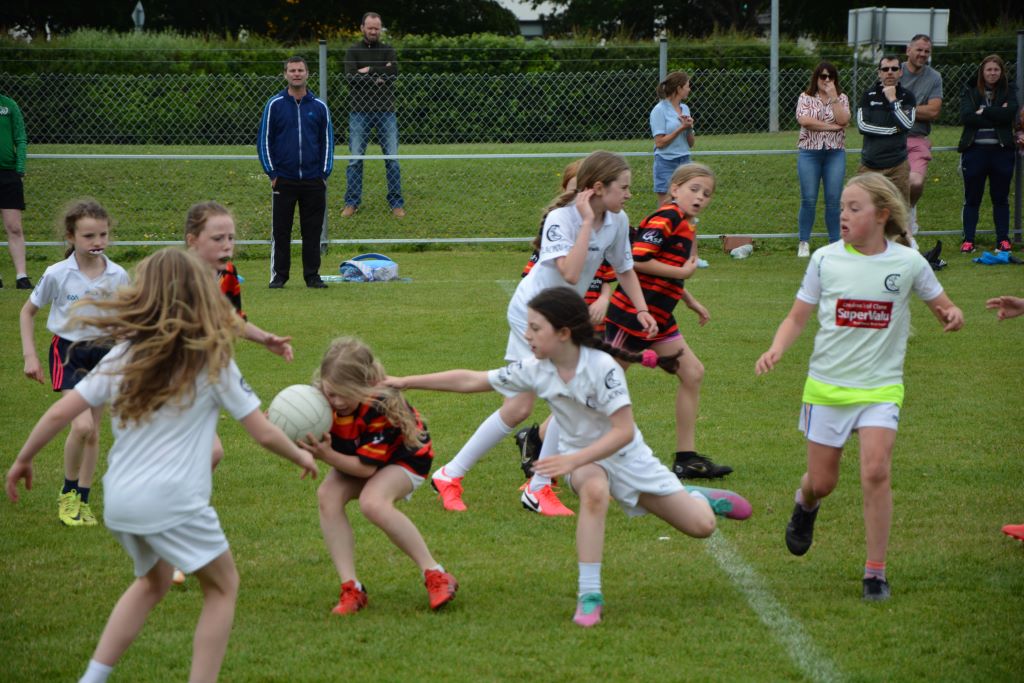 Like all good things it was soon over. Once the ice-creams had been distributed amongst the teams it was time for the prize giving. Many thanks to Olivia Lane from the Senior Ladies team for giving out the medals to all the proud players (and refereeing one of the matches).

It’s always difficult to pick out individual players, when all the girls had given their best but the coaches decided on a single award for each age group, and the winners were Sadie McBride (u8s), Holly Coonan (u9s) and Emma O’Donoghue (u10s). With goody bags in hand the girls headed off for their summer break. The coaches hope the girls enjoy the holidays and continue practising their skills for the autumn go-games!

The organising coaches from the u8, 9 and 10s would like to thank everyone who gave their time to help deliver this event, the referees Aidan Glynn, Ben O’Dea, Emma Dunne and Tadhg O’Donoghue, Mark Lyster for his photography, Viv Wosser for securing the pitches and numerous others who supported on the day. Special thanks to Ger Quinn and Ailish Sheehan for their planning and organisation.

Many thanks to John Glynn for the article and photos. 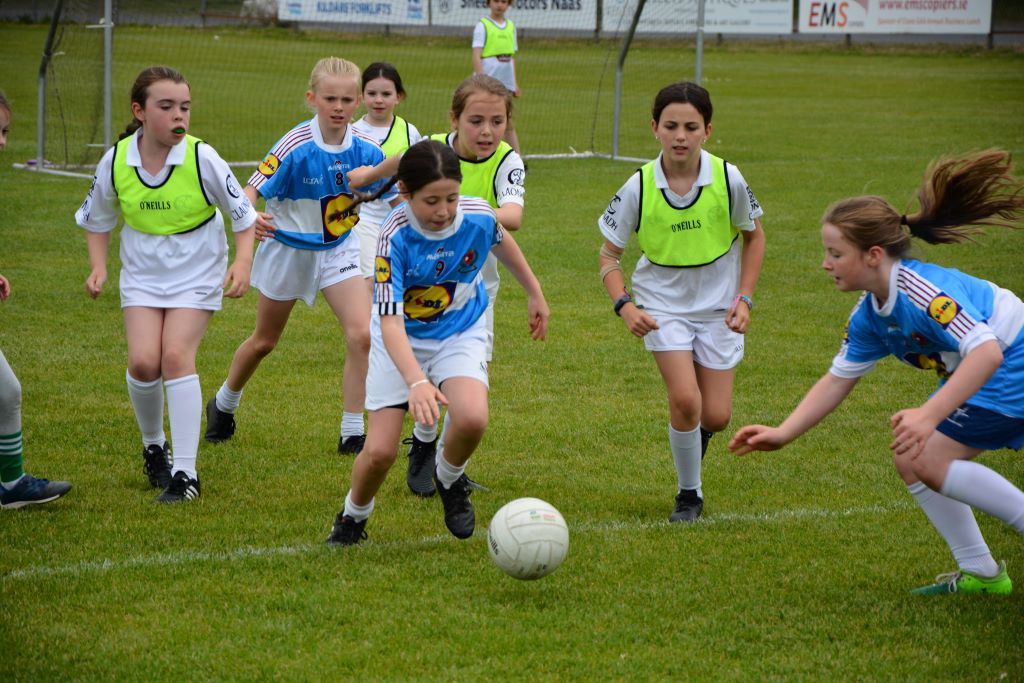 Don't forget to play our Club Lotto this weekend - Jackpo...

Dear Clane GAA Members,We would like to take this opportu...

In preparation for the upcoming U12 Football and Hurling...

As many of you will have noticed - the club development w...