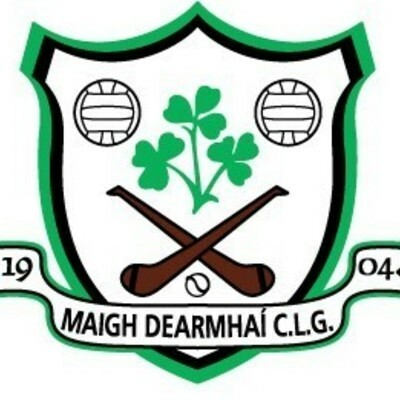 Longwood U13 Football League Round 2

Longwood U13 footballers have their league season well up and running with their second win on the bounce following a big win away to their hosts Boardsmill.

After meeting twice in the Spring league Longwood always knew that hard grit and work were required if they were to overcome their neighbours in blue. And boy did they deliver in style, clocking up a huge 8 goals and 16 points over the hour.

The first half was a close affair with Killian Rowley's goal and some fine goalkeeping by Adam Baldwin at key stages left Longwood going in at half time up 2-9 to 2-5.

Boardsmill started the second half strongly, and got a couple of good scores to reduce the deficit, before the young lads in white raised their game to keep the umpires busy waving the green and white flags. It would be safe to say the large contingent of Longwood supporters at the match would all agree that this was a solid team performance throughout the field with all 16 players contributing. The defence was as solid as a rock, and young Harry Quinn had a stormer in the full back line. Further up the field Rian Holton in the centre and Bo Connolly at full forward played a strong part in Longwood running out worthy winners in the end.

It was a joy to watch the young men exchange mature and friendly handshakes at the final whistle, with both teams knowing very well they both gave 100% on the pitch.

CHANGE OF DATELongwood GAA and LGFA are holding a Gamea...

Quarter Final spot up for grabs on Saturday

Phew! The exhalation of relief was palpable as Longwood...

Goals win games, a game of two halves – pick your own c...