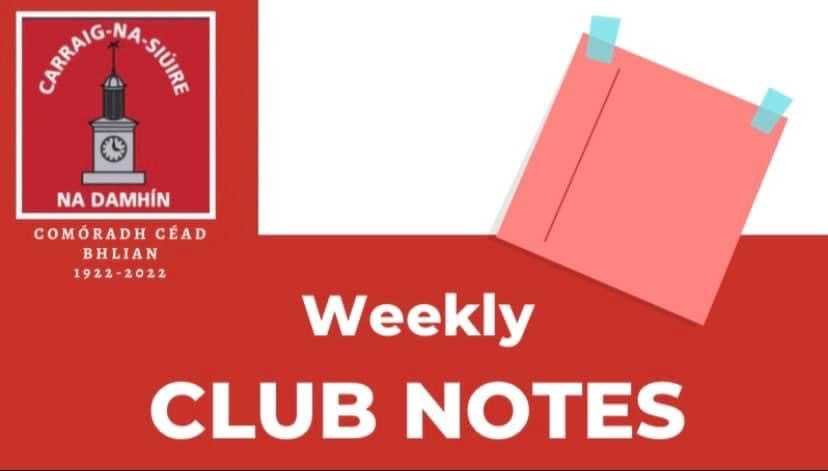 We travelled to Littleton on Sunday last to play a Intermediate Relegation Semi Final against Shannon Rovers.

More points were exchanged, a Michael Ryan point and a score from play be Lee Mackey, when Shannon Rovers scored the first goal of the game putting us five behind. Lee Mackey scored two frees and a Raymond Cook point sandwiched between two long range frees from Michael Whelan put us three behind. Four more points from our opposition put them at 1-10 for the half and a long range effort from Billy Roche brought us back to a two point gap on 0-11.

We had a great second period, the lads worked tirelessly for the ball. We limited them to four points from play, but they managed another four from frees.

However, after points from Michael Ryan, Willie O'Dwyer and a goal and a point from Luke Faulker we were level with 10 to play. Pa Harris put us up by one, but they equalised and it "to and froed" like that until the last seconds. At 1-18 each Luke Faulker hit a free, it was going wide but Stephen Cronin batted it back in for Pa Harris to put it in the net.

The ref blew up on the puck out and the elation started.

It was great to see the smiles and back slapping as our supporters ran onto the pitch to congratulate the lads on a solid performance. From Kevin Faulker to number 25 they were a credit to the club. And not to forget Jp McGrath, Peter Walsh and Mikie Cronin for their hard work off the field. Also Damien Norris, Brendan Cooke, Stephen Hackett and the best waterboy in the county, Billy Murphy.

Our Junior B hurlers couldn't replicate the heroics of earlier on as they threw in at 5.30 on Sunday in the Davin Park for their last game of the championship. They were beaten by a strong St. Patricks team but did themselves proud by fielding a second adult hurling team in many years.

A special mention has to be given to player Seamus "Daddy Skiggs" Harris, a diehard Davin man if ever there was one, we won't mention his age!

Great work was also done by the two lads responsible for fielding this team, Jimmy Kelly and Pa McGrath.

Our Juvenile Academy continues to take place every Monday at 6.30pm in our all weather facility. If you are interested in registering a child please come along on Mondays.

Thanks for your continued support

We have set a date for our Centenary Social. It will be h...