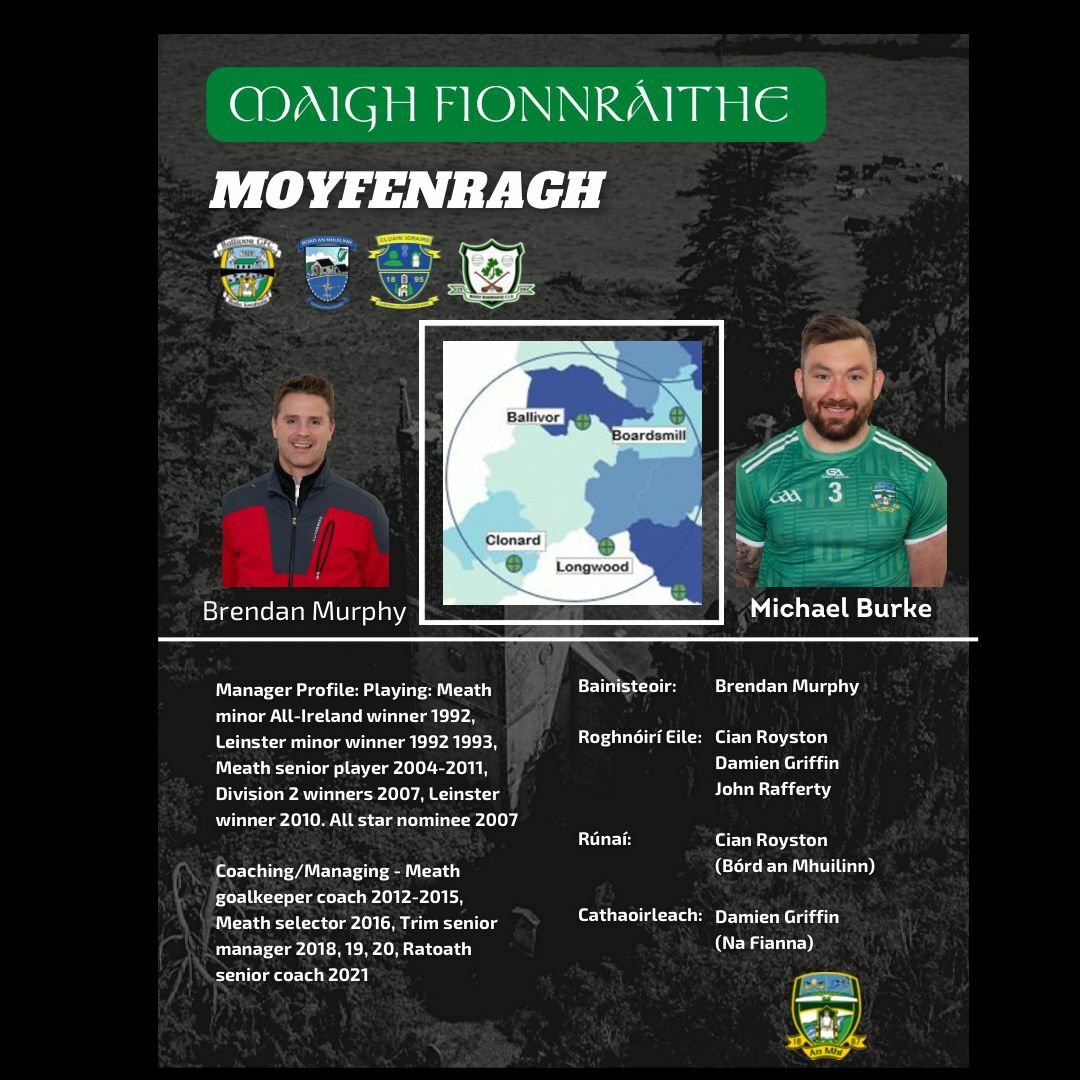 Missing your regular dose of football?

Fear not, while the majority of Longwood teams have finished up for the season, many of our top players continue to represent our club with great distinction under the Moyfenragh banner, in the inaugural Regional Football Championship.

Moyfenragh comprises of players from Longwood and our neighbouring clubs in Clonard, Boardsmill and Ballivor. While it may be the smallest of the regional teams, the Moyfenragh boys are well used to battling against the odds and have attacked the competition with typical relish.

After suffering an opening round defeat, the boys were given little hope against a strong Blackwater outfit last week but they defied the critics, produced an excellent performance and secured well-deserved a victory. Following on from that, the lads now square up to Boyne Valley at 8.00 on Wednesday evening in Dunganny. The prize for the winners is a place in the semi-finals.

So please come out to Dunganny on Wednesday evening and cheer the lads on.

Admission is €5 and cash will be accepted at the gate. 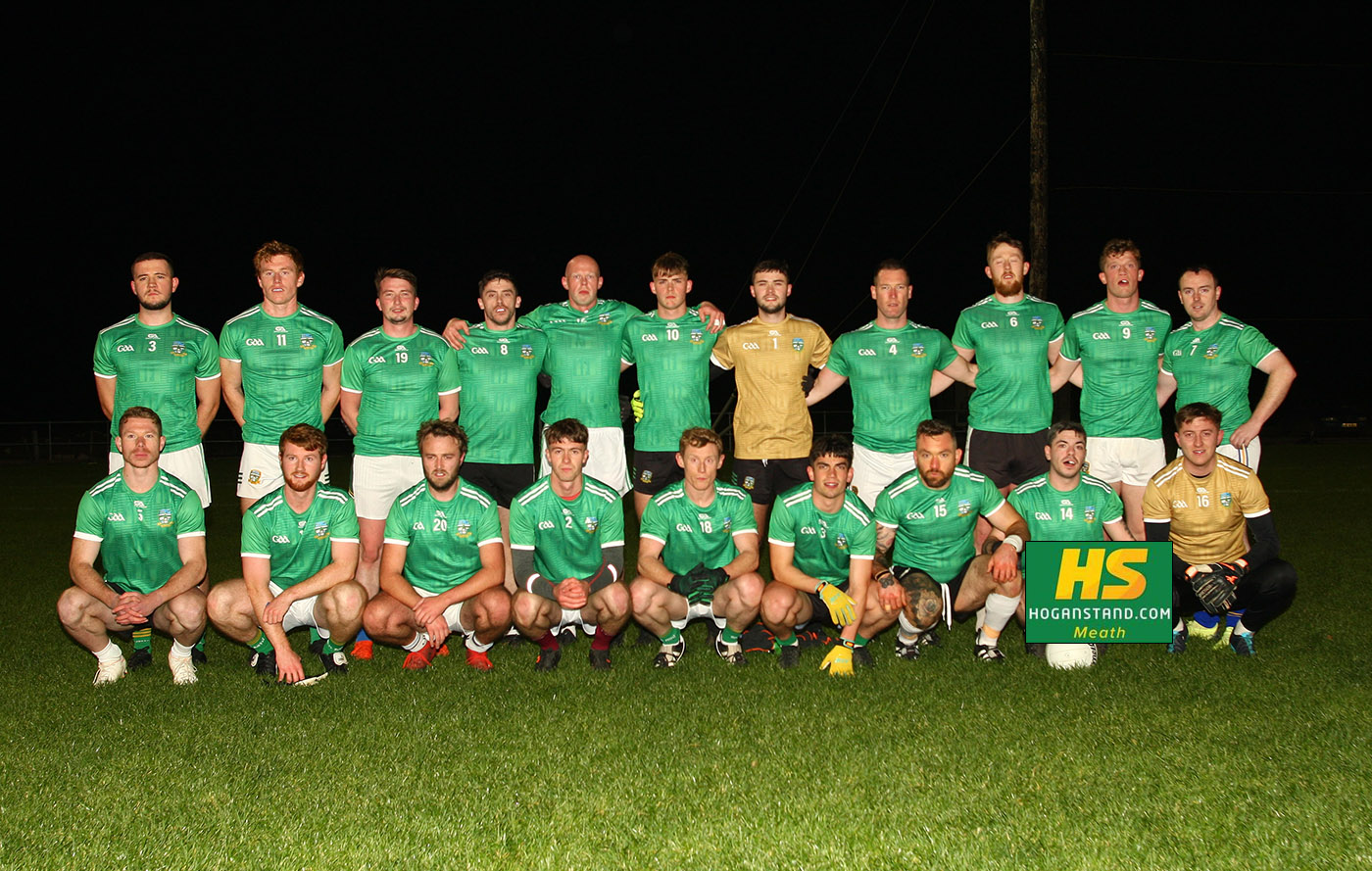