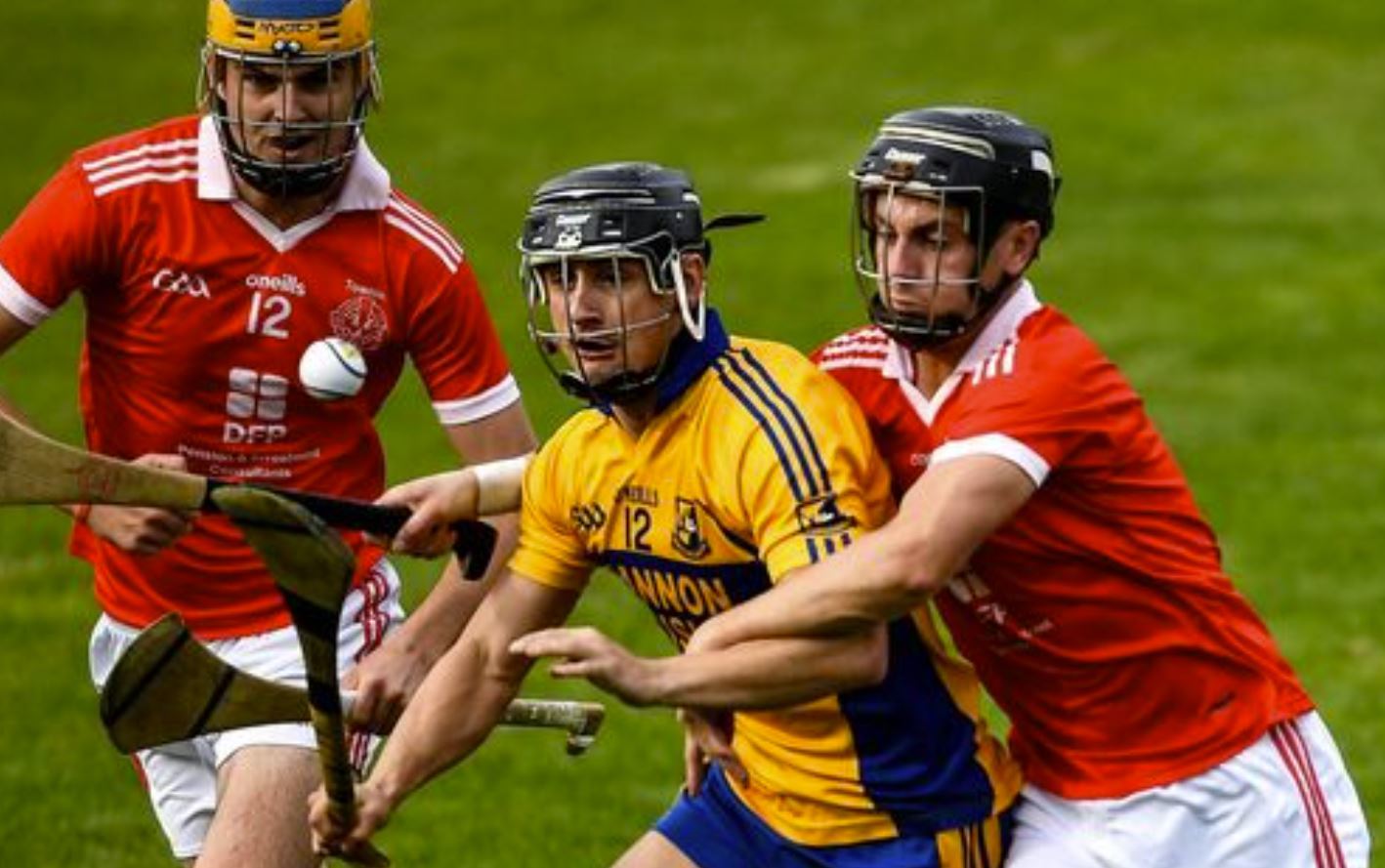 It was a case of 3rd time lucky this weekend for the Townies as they deservedly dethroned County Champions Sixmilebridge at GAA HQ on Saturday afternoon in front of a large attendance. The teams have met in last year’s semi-final and the quarter-final in 2019 with very little between the sides on both occasions so a very close encounter was again expected.

The 'Bridge had Cathal Malone and Jamie Shanahan back fit while Paidi Fitzpatrick was a togged substitute while Eire Og had their full army also in action which saw them dominate the tie from the off.

The winners were in a comfortable lead at the first Water break 1-6 to 0-3 and increased this to 9 points at half time: 1-12 to 0-6. One of the main indicators of the townies dominance was that the normally free scoring Bridge forwards had to wait until the 22nd minute before their first score form play through Jason Loughnane.

The second half was much the same as the Bridge boys struggled to breakdown a very solid Eire Og defence and despite a goaled free from Jamie Shanahan it was Shane O'Donnell who had the final say with a green flag for the winners.

The bridge boys will be disappointed with their performance but we all know that these lads will hurt for the winter and be back as strong as ever again in 2022 - the result will never take from the fact that they will go down as the team of the last decade with 5 titles in 8 years and lots more great days to come.

Due to circumstances beyond our control our chairman and ...

Throwback Thursday - Then and Now for our U13s

There are some last-minute places left on our Sports Fris...

O'Garney Park is no stranger to hosting Munster Club acti...