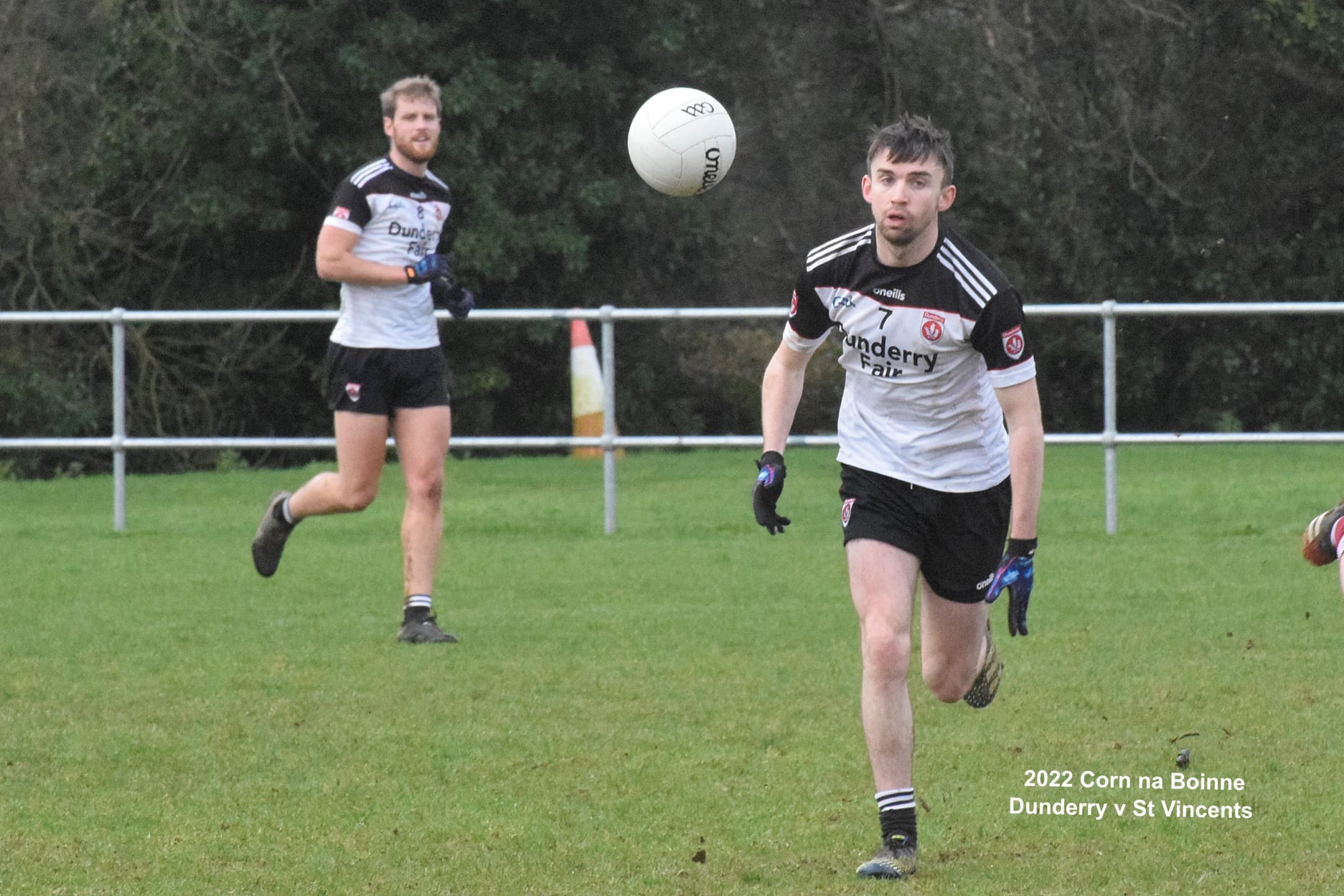 Dunderry claimed their first win of the season with a hard fought victory over St Vincents in Dunganny in the Corn Na Boinne on Sunday.

With barely a minute gone Barry Callaghan’s side found themselves a goal to the good, as after a well worked move, star corner forward Conor Daly attempted to square a pass to a teammate but it took a deflection from a St Vincents hand and ended up nestled in the bottom corner of the net.

Poor discipline and wayward shooting from Dunderry allowed their newly promoted opponents back into the game as they rattled off three frees in succession to leave the sides level after 10 minutes.

Dunderry restored their lead with two well taken scores from Marc Kane and Stephen Coogan before St Vincents were offered a lifeline when they were awarded a dubious penalty after 20 minutes. The spot kick was convert, despite keeper Sean Brennan getting a hand to the ball, leaving the Ardcath men a point to the good.

Dunderry outscored their opponents by two points to one to the break leaving the sides level at 1-4 a piece at half time.

Three Paddy Kennelly points in succession saw Dunderry take a three point lead early in the second half. Although St Vincents clawed back their way back with three scores of their own, further points from Luke Martyn and Dermot Kelly meant that Dunderry were able to make the short trip home with all three points in the bag.

In total Dunderry used 25 players, including a number of players playing in the first year of adult football, such as Conor Sheridan, Liam Rattigan, Jack Conneely and Josh Cosgrave.

You can register to play the Dunderry GAA lotto online NO...

The club are looking to fill the vacant Junior Football M...