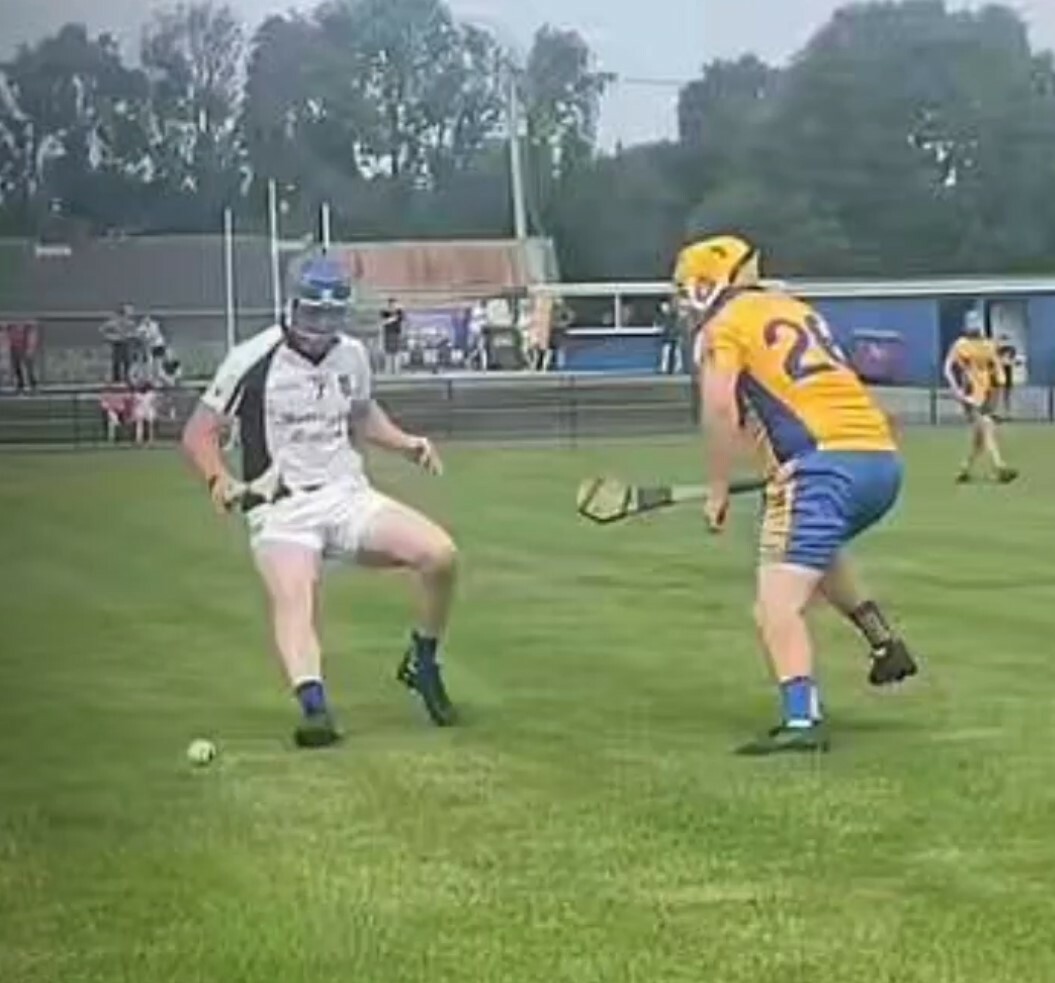 Our Junior C Premier team narrowly lost out by one score to Cratloe in the opening round of the Junior C Premier championship on Sunday. In the 4 team group, Scarriff and Wolfe Tones was the other fixture. Temperatures were very hot on the day, the fixture being played in Newmarket. Both sides were able to avail of water breaks which were reintroduced by the Gaa following the exceptionally hot weather.

Brother in laws, Robert Conlon and Padraig Chaplin, the respective captains for Sixmilebridge and Cratloe met the referee at center field for the coin toss. Both men looked calm and relaxed as the ball was thrown in, but there were a few moments later on that may come up at the next family get together!

Cratloe went into an early lead 1-1 to no score after a free and goal from distance. The 'Bridge fought back and managed to get a goal from a long range free struck by Stiofan Fitzpatrick. Scores were exchanged on the lead up to half time, Fitzpatrick adding 3 further frees and a point from play along with points from Danny Dunne and a free from Conor Murphy to leave the half time score Smb 1-07 to Cratloes 1-08 the minimum advantage.

The second half saw Cratloe slowly increase their advantage and at 43 minutes gone they were ahead by 2 points, 1-12 to 1-10. Cratloe added a second goal through Oisin Liston and by the time the second half water break came round it was 2-12 to 1-10 in favour of Cratloe. At 52 minutes gone they were ahead 2-13 to 1-12 and a further goal from Liston increased their lead to 8 points. The 'Bridge fought back however and created a tense finish, hauling back the lead to only 3 points after a goal from Ronan Hayes. But despite several goal chances in the final few minutes, they could not convert to get the draw or win. Robbie Corry, Kieran Liddane with a superb point , Conor Murphy and Stiofan Fitzpatrick were the other scorers for the Bridge in the second half.

Round 2 of the championship is due to take place on Saturday 27th August with Wolfe Tones being the opponent.

Your guide to all this weekends action including schedule...

This is a massive weekend for the club so we encourage al...

We are back in School hurling and camogie season so pleas...

Quick Peak inside the new Arena - Turf laying this week

While the last few weeks have been a buzz of activity on ...

Sixmilebridge Minor Club have opened registration for the...

Weekend TicketNote: Weekend tickets scans can be used for...