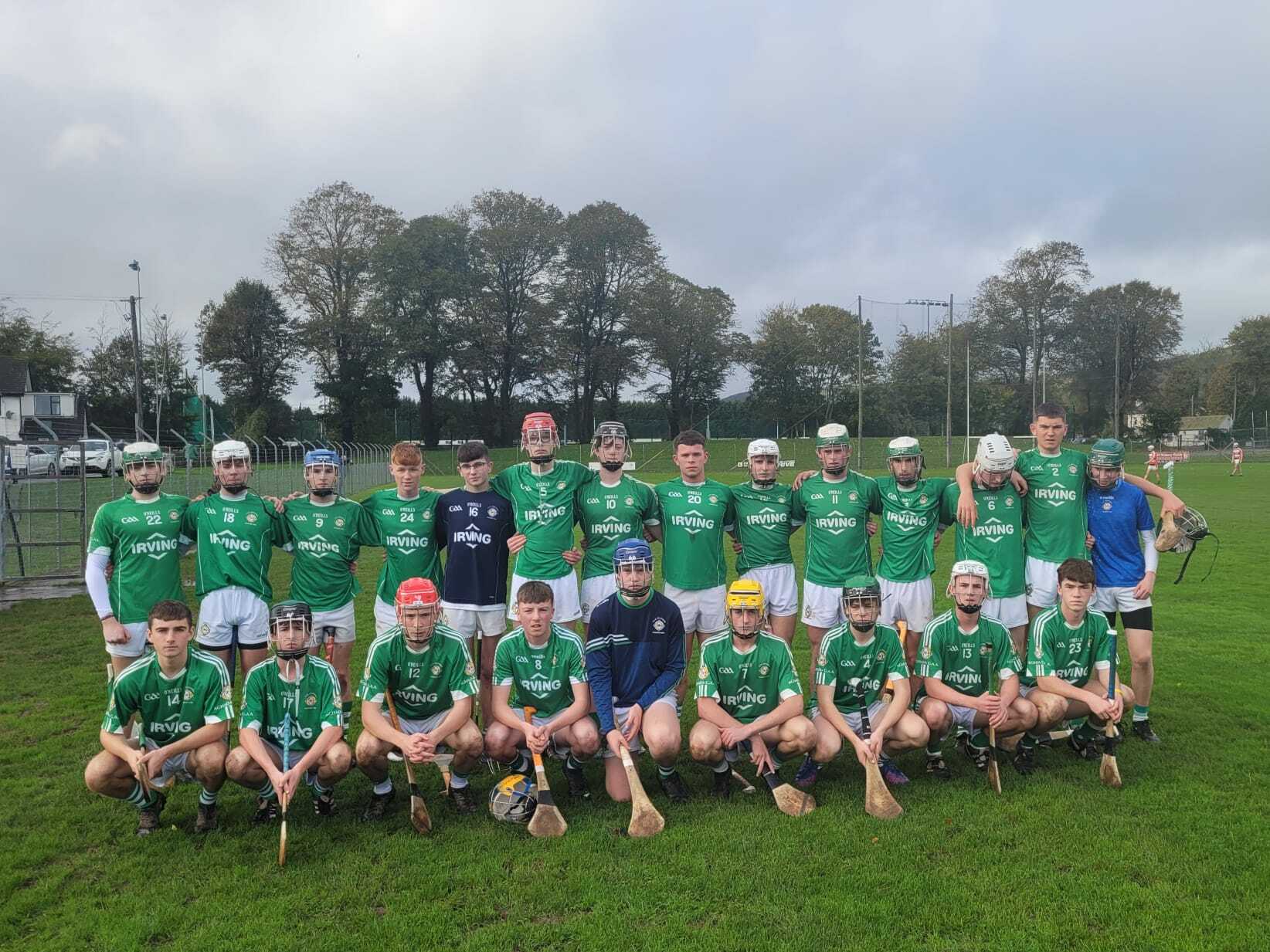 Aghada GAA Juvenile News
Hi folks, I hope you all had a spooktacular time over the Halloween Bank holiday weekend even if the rain dampened the spirits. Congratulations to all from the parish who completed the Dublin city marathon a fantastic achievement, no matter how much information you gather about the techniques of long distance running, how much water to drink or what your average time/km should be without practice you will never succeed, practice makes perfect is true in all aspects of life. The higher you aim, the further your ambitions extend as our u16 premier 1 hurlers enjoyed a great win at the weekend and our reward a next round meeting with Glen Rovers, hope springs eternal. Unfortunately some matches were postponed due to the inclement weather and there is nothing you can do about that, so if you find yourself in the middle of a storm and the forecast is for more of the same then it’s time to stop, stand back, chill out - stress can rule your life but only if you let it, relax, do whatever it takes to calm the storm and the sun will shine again.
U16 Premier 1 Hurling championship Aghada 1-12 Ballincollig 1-10 This U16 competition is proper old style knockout championship with no room for error and we got our campaign off to the perfect start with a well deserved away win in Ballincollig last Saturday afternoon. The rain cascaded down making conditions tricky, but this did not deter our lads who went about their business in impressive fashion. We dominated the first half surging clear with our defence on top superbly marshalled by centre back Seán O’ Callaghan ably assisted by all those around him as our opponents did not get their first score from play until 20 minutes into the second half. Lively full forward Tomás Condon was fouled and up stepped ace free taker James Hurley to raise our first white flag to put us into the lead, he soon followed that up with a 65 before the impressive Samuel O’ Driscoll got our first point from play with a fine effort. Corner forward Callum Roberts was in top form, winning a great ball and heading for goal to point with style, he then latched onto a high delivery to bring the best out of the keeper but quick as a flash Tomás reacted to the rebound to plant the ball in the back of the net. Unfortunately, not long after Callum had to leave the field due to injury and we wish him well in his recovery. We were still the team playing most of the hurling and Tomás knocked over 2 glorious points, the first after a sweet ball in from wing back Colm O’ Donoghue and the second a fine team move with Seán hitting a great ball up the line to Samuel who turned quickly to find him in space, and he made no mistake. We were thankful to goalkeeper James O’ Donnell who brought off 2 good saves in quick succession and with Hugh Mulcahy dominating at centre forward and James H and Robert Dean buzzing around the middle we held the upper hand as 2 more points from James H had us ahead at the interval 1-9 to 0-4 and good value for the lead. The second half did not go as planned and we had to draw on all our resilience to keep ahead and eke out the win after we were reduced to fourteen 3 minutes into the half. With conditions deteriorating and Ballincollig enjoying their numerical advantage they began to eat into our sizeable lead and when they found the net with their first score from play, they began to feel they might be able to pull off an unlikely result. Our boys dug deep, tackled ferociously for every ball and kept their composure at the vital times. James H with another free and a beauty from play kept us ahead before the best score of the game was the last as James Motherway won a terrific ball to turn and shoot over from distance to give us the win that this team display thoroughly deserved and showed they are well capable of playing in the dizzy heights of top-grade hurling. Team & scorers James O’ Donnell, Ronan Devoy, Seán Santos O’ Sullivan, Evan Crowley, Colm O’ Donoghue, Seán O’ Callaghan, David Wallace, James Hurley 0-7 0-5 f 0-1 65 Robert Dean, Samuel O’ Driscoll 0-1, Hugh Mulcahy, James Motherway 0-1, Jude Devoy, Tomás Condon 1-2, Callum Roberts 0-1. sub used Conor Baxx.
Our U10 footballers travelled to Monasterevin, Co. Kildare the hometown of our clubman Padhraig O’ Loughlin for the Tirlán tournament and came up against the home side as well as Cuala and Ballyboden St Endas of Dublin, in a feast of football. A great day was had by all in this superbly organised competition and a big thankyou to the mentors and especially Padhraig for the outstanding organisation on our side as well as the parents for using their own transport to bring the children to Kildare this is very much appreciated and volunteerism at its best. We would also like to wish Ronan Callanan a speedy recovery after he picked up a collarbone injury in the tournament.
Congratulations to our Adult Junior C footballers who recently won the league title against Midleton and the best of luck in the forthcoming championship. Ath Fhada Abú
Fixtures Sat 5th Nov Rebel Óg East u16 Division 1 Football championship Aghada v Youghal 13:00 Rostellan
Sun 6th Nov Rebel Óg East u16 Division 3 Hurling championship Douglas v Aghada 15:00 Douglas
Sat 12th Nov Rebel Óg u16 Premier 1 Hurling championship Aghada v Glen Rovers 14:00 TBC
Be Seen Wear the Green
Slán go fóill

A Chara,Firstly, I hope everyone had a very enjoyable, sa...

A Chara,I hope everyone is well and enjoying the run up t...